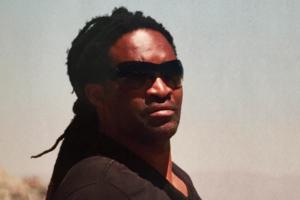 I didn’t personally know security guard and bouncer Kirk Wilson, but I know in my decades of going to concerts in Toronto he has kept me safe. “You would recognize his face,” I was told by a close friend who knew him. And I do, now that I’ve seen his photo in the news.

The 49-year-old was killed in a shooting at the Blue Parrot nightclub Monday (Jan. 16), along with four others, during the Canadian-owned BPM Festival in Playa del Carmen, Mexico, where the Toronto native was hired as security for the 10-day event.

What I do know, with certainty, is many a night over the years, while we had a good time with friends listening to live music, without us knowing, he prevented that irate drunk from getting inside; he tossed out that troublemaker inside. He scuffled with men — and probably some women — pissed off they didn’t get in because they were intoxicated or belligerent or aggressive, or simply because the venue was at capacity. He handled threats with dignity and calm and likely protected innumerable women from unwanted advances and moves. I bet he even put them safely in cabs.

I know, if it wasn’t for his actions, his demeanor, his professionalism, and those like Tyrone at the Horseshoe or the man who always teases me at the Phoenix and the Mod Club because I play up that I’m too old to be asked for ID (I will ask his name next time), that we would not be as safe as we are amid hundreds or thousands of people enjoying a band or live DJ.

So a belated and sobering thank you to Kirk and the other security, doormen and bouncers, whose bravery in their job is often taken for granted, but who put their lives in harm's way night after night, at venues, events and festivals. They are unsung heroes without a badge.

Former tennis pro and Rogers Cup director Karl Hale has started a GoFundMe campaign for The Kirk Wilson Memorial Fund. He leaves behind a wife and two children.