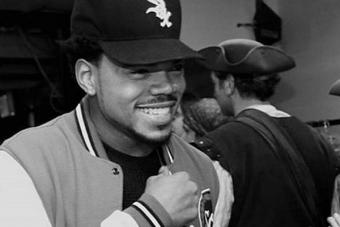 Landr, which just reached 1 million users worldwide, is an audio production platform that can be used to master music. As part of an upcoming camp Kids of the Kingdom, presented by SocialWorks, 75 Chicago-area kids will utilize Landr as part of its Summer Music Academy sessions.

Also, between June 6-20 Landr will donate $1 to SocialWorks for every new user who masters a track with its software in addition to donating 10 percent of all purchases to the organization.

“The pursuit of creating art is a universally honest and necessary expression of our hopes, dreams, and emotions— art is rooted in our innate sense of curiosity, none more so than from the infinite imagination of our youth. However, these journeys of personal expression are never just black and white, and not every voice gets heard,” said Chance The Rapper in a statement. "That’s why SocialWorks and LANDR are launching a summer program to provide students in Chicago the necessary tools to tell their stories to the world. Together, we’ll shape the musicians of tomorrow, by supporting the kids today."

SocialWorks, which Chance co-founded in 2015, aims to "empower youth through the arts, education, and civic engagement while fostering leadership, accessibility, and positivity within the youth throughout Chicago."

Kids of the Kingdom is a long-running Chicago program, founded at Emerald Avenue Church in 1977 by Sister Gladys Bennett, which, according to the SocialWorks site, "provides an outlet for recreation, socialization, and expression for Chicago youth throughout the summer with interactive events, field-trips, and dynamic lesson plans."