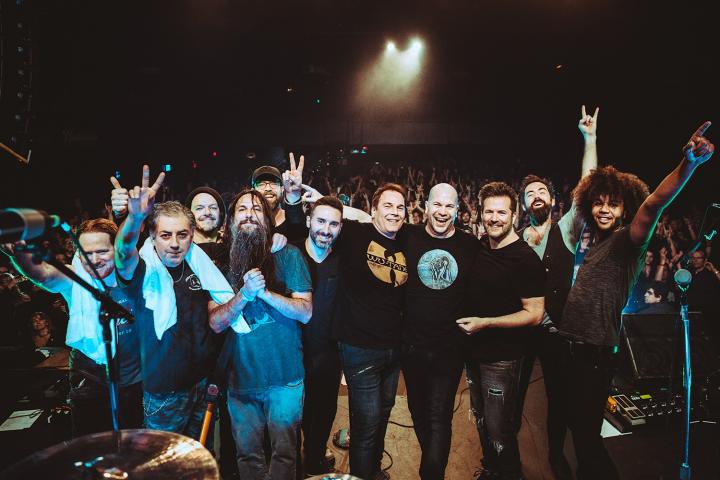 Several Canadian musicians are offering their talents and services to raise money for the survivors and surviving families of the recent tragic and fatal bus accident involving the Humboldt Broncos Junior A hockey team and supporting staff that occurred on April 6.

A new web site, Humboldt Strong, has been created, and in order to accommodate the $15 million raised, and counting, the Humboldt Broncos, together with legal counsel Robertson Stromberg, have launched the HumboldtStrong Community Foundation. 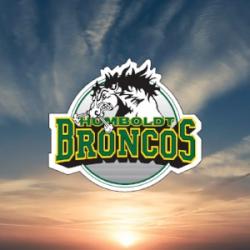 In two separate events, rock bands I Mother Earth and Finger Eleven and country stars Brett Kissel, Dallas Smith and others are headlining fundraisers to help financially alleviate the devastated Saskatchewan community that lost 16 people, including players, coaches and support staff. And Tom Cochrane has remade one of his classic hit singles.

First up to offer their support are tourmates  I Mother Earth and Finger Eleven, who will not only be donating all of their proceeds of their April 26 show at Saskatoon’s O’Brian’s Event Centre to the Humboldt Broncos Memorial Fund Inc., but have also changed the terms of admission to pay-what-you-can (reserve ticket here).

“Like so many parents, I cried when I heard the news, I hugged my kids, and I felt so much sadness for the families. It gutted me,” said I Mother Earth drummer Christian Tanna in a press release. “I can’t imagine what the people in that community are dealing with at the moment. We just wanted to do something, anything, that might offer a small amount of relief.”

Finger Eleven bassist Sean Anderson adds, “If we eat our fees and costs and the venue and all involved donate all of their services, then we can really make every dollar count. ‘Pay-what-you-can’ will also ensure that every single attendee can help make a difference based what they can afford.”

On Wednesday morning, the organizers of the Country Thunder Music Festival announced a show set for Saskatoon’s SaskTel Centre on April 27 featuring aforementioned country stars Kissel and Smith, as well as Gord Bamford, Jess Moskaluke, Chad Brownlee and the Hunter Brothers, with other NHL players and personalities also scheduled to appear.  Tickets are $65 and are available at Ticketmaster.ca.  The performers are donating their time and all proceeds will also be donated to the Humboldt Broncos Memorial Fund.

“I’m so proud to be a part of this event along with my friends and peers,” said Dallas Smith, in a statement.   “This tragedy weighs heavy on our hearts and in our minds and we are committed to helping do whatever we can for everyone affected. They say music heals, so we’re going to play our hearts out!!”

Adds Jess Moskaluke, “The Humboldt tragedy hit really close to home for me, having grown up in a hockey community in small town Saskatchewan.  As people, our hearts are all wanting to help. As artists, we know music can help heal, and we made a conscious decision to all get together to try and do just that.”

Not to be outdone, Tom Cochrane has just released an updated version of one of his most popular songs as a charity single to benefit the Humboldt Strong Community Foundation, with some of its lyrics altered to reflect the tragedy.

On the revised version of “Big League” (For Humboldt)," Cochrane writes and sings: ““All the right moves when he turned 18. Ridin’ to the game and ridin’ with his team. Ridin’ with their friends and ridin’ for their dreams. Ridin’ off to immortality in the big league.”

“The single is dedicated to the Humboldt Broncos and their families, never to be forgotten,” Cochrane said in a statement.

The Humboldt Broncos GoFundMe campaign, which began on April 6, raised $15.184 million and was closed as of midnight, MST, April 18. It will remain live to provide updates.

"The funds donated through the GoFundMe campaign will be transferred to a newly created non-profit corporation known as “Humboldt Broncos Memorial Fund Inc.” to be allocated for their intended purpose. An advisory committee is being established to make a recommendation for the allocation of these funds, which will be held in trust until that allocation occurs. Once we have formalized the composition of this committee, we will provide you with an update.

"The Broncos have been humbled, and our spirits buoyed, by the staggering number of individuals and groups wanting to make donations, or holding fundraisers to support our organization, as we deal with this unprecedented crisis. In order to accommodate these incoming funds, the Humboldt Broncos, together with legal counsel Robertson Stromberg, have launched the HumboldtStrong Community Foundation.

"The mission of the HumboldtStrong Community Foundation will be to support Humboldt Broncos’ players, employees, families, and volunteers, as well as first responders and emergency services personnel, teams, athletes, related organizations and communities affected by the crash of the Humboldt Broncos team bus on April 6, 2018, and the aftermath thereof.

"Please note that only fundraisers, benefits or initiatives directing proceeds to the HumboldtStrong Community Foundation will be considered as endorsed, sanctioned by or held in conjunction with the Humboldt Broncos organization.

"The Broncos cannot, and will not, be able to verify the legitimacy of any other event or the disbursal of funds raised by other such events."