Country music veteran Charlie Major recruited a who’s who of Canadian country music — including Dean Brody, Brett Kissel, Terri Clark and Johnny Reid — to add their voices to the remake of his 25-year-old No. 1 hit, “It Can’t Happen To Me,” in order to raise money for Mother’s Against Drunk Driving, now known as MADD Canada.

The national charitable organization  — which has over 100 chapters and community leaders and 7,500 volunteers  — is committed to stopping impaired driving and supporting the victims of this violent crime. According to MADD, on average, four Canadians are killed and 175 are injured every day in Canada, and approximately 65,000 Canadians are impacted by impaired drivers annually.

"While I have lost friends, and seen friends and family affected by drinking and driving, the song 'It Can't Happen To Me' is more or less meant to be generic and was written to show the erroneous mindset of invincibility people have when they are young along with the consequences of that particular way of thinking," Major tells Samaritanmag in an email. 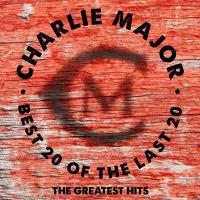 Major’s first album, 1993’s The Other Side, spawned six No. 1 singles in Canada on the now defunct RPM country chart, and he won Juno Awards in 1994 and 1995 for country male vocalist, a category that no longer exists. He also won multiple awards from the Canadian Country Music Association, SOCAN and BMI.

Major unveiled the new version of “It Can’t Happen To Me” at Brody’s headlining concert at Budweiser Stage Aug. 17, where the two were also joined by Moskaluke.

The just released single will also be on his album, More Of The Best (Greatest Hits 2), to be released Sept. 7 on MDM Recordings Inc./Universal Music Canada.