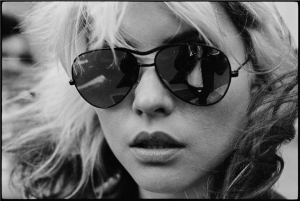 The fundraiser, being held in celebration of Oct. 4’s World Animal Day, will also feature images of The Beatles, Bruce Springsteen, Jimi Hendrix, Bob Dylan, David Bowie, Neil Young, Billie Holiday and others. A limited edition of Soundwall art speakers featuring the photography of Henry Diltz will also be included.

The photos are for sale on the fundraiser web page or by contacting Morrison Hotel Gallery sales staff. Purchases are tax-deductible.

Morrison Hotel Gallery has locations in New York City, West Hollywood, Calif. and Lahaina, Hawaii. It represents more than 125 music photographers and their archives, providing both open and limited edition prints in archival quality that are signed by the photographers or their estates and come with a certificate of authenticity.

"Thanks to the incredible generosity of many of our photographers, the proceeds from the sale of these classic, fine art prints will go to a great cause," Morrison Hotel Gallery co-owner Peter Blachley said in a media release.

"Our scope focuses on the local and individual experience — each handmade blanket for an abandoned dog to lay on, each catnip toy for a lonely cat in the shelter, each person caring for an injured nestling who lost its parents — can make a difference to that individual animal," Rational Animal founder Susan Brandt said in a media release.

In October, Rational Animal will recognize six songbird rehabilitators from Wildlife Rehabilitation & Release of Nevada County with Animal Guardian Awards for their contributions to saving the lives of thousands of local and migratory songbirds from wildfires.

Wildlife Rehabilitation & Release is a volunteer-funded, non-profit organization dedicated to the care and rehabilitation of injured and orphaned wildlife. Each year it returns more than 100 different species of native wildlife — including mammals, bats, songbirds and raptors — to the wild.