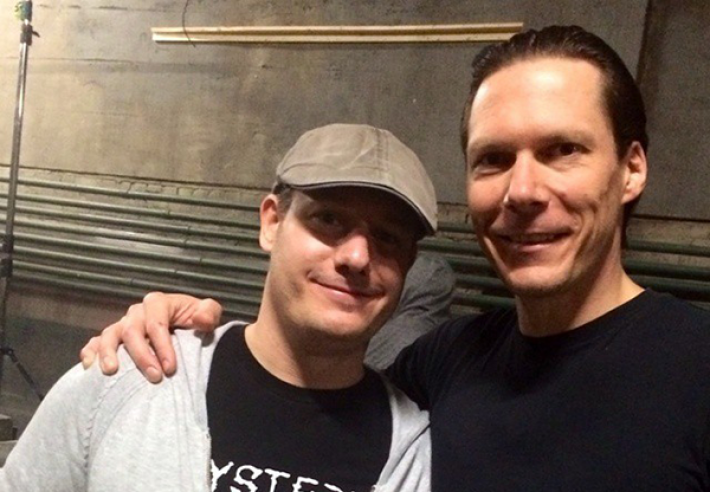 Bowman, whose given name is Trevor, also happens to be the multi-platinum-selling rock band’s full-time photographer and videographer and directs/edits their web series, BTV.

“I’m mainly trying to help make F.U.MS a full-time project for Aaron, here,” Bowman tells Samaritanmag. “I get to put on art shows and run around with my friends around the world. It’s the least I can do to help my pal.”

The Bill Murray Day Fan Art Show opens Thursday evening (Sept. 7) at Toronto’s #Hashtag Gallery and runs until Sept. 10.  Those wishing to make a purchase can see the work at today’s soft launch. 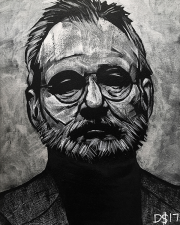 “Some of the artists are my Sheridan [College] friends, some were in our first OUFAS (Officially Unofficial Fan Art Show). Some were last minute additions to cover artists dropping out. I actually have never met Rachel Peabody but she's perfect for this one,” he says.

Bowman just returned from Europe with Billy Talent. Solowoniuk was diagnosed with MS at the age of 24 and was playing with the band until early 2016 when he had to take a hiatus due to an MS flareup.

“I first met Aaron in grade 8 at a church Halloween party that I put on at St. Richards in Meadowvale,” Bowman recalls. “[Billy Talent guitarist Ian Dsa's school too]. We were in the top 3 costumes and he made his own Jason outfit. Met up with him in Grade 9 and the rest is history.”