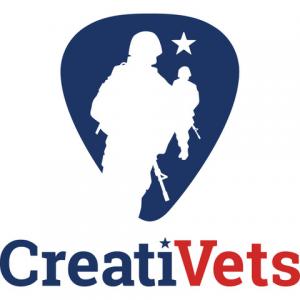 Big Machine Label Group's campaign to release a new veteran-written track on the 20th of every month, as a tribute to the 20 veterans and active-duty military members who commit suicide every day in the United States, continued in October in collaboration with Nashville-based non-profit CreatiVets.

The CreatiVets songwriting program pairs combat veterans with songwriters in Nashville to help them learn to use music as a form of therapy.

“We’ve seen time and time again the healing power of music not only help our program participants, but also those American heroes who have access to listen to these songs,” said CreatiVets co-founder and executive director Richard Casper in an April 20 media release to announce the campaign with Big Machine Label Group (BMLG).

“Our mission with this music series is perhaps counterintuitive to the music industry’s normal strategies. We aim to reach the right audience, not necessarily the largest audience, and I love the fact that our friends at Big Machine are okay with that fact.”

This month’s BMLG track is “I’ll See You Again,” which was written by Army National Guard veteran Adam Whitley along with Seth Cole, Eric Burgett and CJ Solar. The moving song tells the true story of Whitley's friendship with his infantry's interpreter, M&M, who fell to an improvised explosive device blast during combat in Iraq.

“I was wounded three times over there, and he was with me every time,” Whitley shared in an Oct. 20 media release. “The third time I got wounded was when he got killed.”

Whitley went through CreatiVets’ virtual songwriting program in May and said it helped him relive the experience in a positive way that enabled him to express his thoughts about it. He approached the songwriting session as a way to memorialize and honour M&M.

Since its founding in 2013, CreatiVets has helped more than 1,000 combat veterans — with more than 150 of them participating in its songwriting programs to date. The organization’s goal is to end veteran suicide by using the arts as a therapeutic cornerstone on the road to recovery from trauma.

CreatiVets provides wounded veterans struggling with post-traumatic stress and traumatic brain injury with opportunities to use art, music and creative writing to heal their unseen wounds of war.

BMLG created the Music Has Value Fund in 2015 to provide assistance to non-profit organizations that make music, aspire to make music, and access and appreciate music.

“The Big Machine Label Group’s hard work over the past 15 years has paid off,” said BMLG president, chief executive officer and founder Scott Borchetta in a Sept. 1 media release.

“We have been very blessed to work with so many artists and help them realize their musical dreams. We are now using the fruits of our labor to expand our reach and help more people and communities who could use some financial assistance during these hard times.”

BMLG contributes to CreatiVets’ operational initiatives through the Music Has Value Fund and Big Machine Music, which is the co-publisher for CreatiVets.