Beyoncé, Oprah, George Clooney, Many More To Be Part Of Hand In Hand Hurricane Harvey Benefit 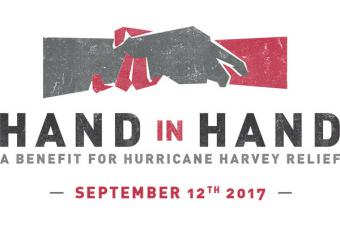 Beyoncé, Oprah Winfrey, George Clooney and some of the the world's biggest celebrities will be part of the Hand in Hand: A Benefit for Hurricane Harvey Relief telethon, taking place September 12 in order to help those affected by Hurricane Harvey, which has devastated parts of Texas.

The telethon, which will air at 8 p.m. EST on ABC, CBC, CMT, FOX and NBC as well as Facebook, Twitter and YouTube, will collect donations destined for five different organizations doing relief work in Texas: United Way of Greater Houston, Habitat for Humanity, Save the Children, Feeding Texas and humanitarian aid organization Direct Relief.

Houston rapper Bun B teamed up with SB Projects founder and Justin Bieber manager Scooter Braun to put the telethon effort together. The one hour special will feature stages in three locations — Los Angeles, New York and Nashville — as well as a special satellite performance from country musician and Texas native George Strait live from his own benefit concert taking place in San Antonio, Texas.

Hurricane Harvey has wreaked havoc on the state of Texas since making landfall late on Aug. 24.  The category 4 hurricane featured extreme winds, some topping 215 km/h, multiple isolated tornados, torrential rains, and mass flooding in places like Houston and Corpus Christi.

Thus far the storm is believed to be the cause of 66 confirmed deaths. An estimated 30,000 people have been displaced by the storm and emergency officials throughout the state estimate they had to rescue 13,000 people during and after the storm. The Texas Department of Public Safety estimates 185,000 homes have been damaged and 9,000 destroyed by the related flooding.