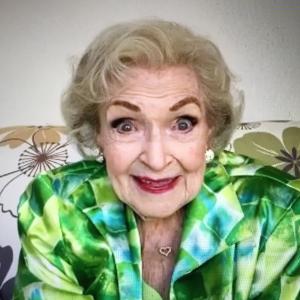 To honour what would have been Betty White’s 100th birthday on Jan. 17, fundraising campaigns involving Facebook and Instagram have raised around $13 million (all figures in U.S. dollars) for animal shelters and rescues.

The Betty White Challenge asked fans to donate five dollars to local animal rescue operations or shelters in the late actress’ name and share their contribution online to inspire others to do the same.

More than 390,000 people had donated to the challenge by Jan. 21, raising $12.7 million for a cause close to the icon’s heart, according to Facebook and Instagram parent company Meta.

"As we continue to see number coming in from all over the world — it’s just absolutely amazing how much money all of you raised for the animals through #thebettywhitechallenge," it reads on her Instagram page, posted Jan. 21. "She could never have imagined such an outpouring of love and would have be so grateful to everyone."

Along with the post is a short video of White thanking fans for their “love and support over the years” and to “stick around.” It was supposed to have been posted on her 100th birthday "to celebrate YOU - her fans," the written post explains.

White died on Dec. 31 at age 99 after a show business career of more than 70 years that included roles in such television programs as The Mary Tyler Moore Show, The Golden Girls and Hot in Cleveland.

White used her celebrity status to further her love of animals and helped raise awareness and funds for a variety of animal welfare organizations. Among the groups she worked with were the Greater Los Angeles Zoo Association (GLAZA), the Morris Animal Foundation, the African Wildlife Foundation, and Actors and Others for Animals.

She also provided the donation that established the Betty White Wildlife Fund, which sponsored more than 30 animal health studies.

GLAZA was founded in 1963 and is a private, non-profit organization whose primary role is to seek and provide financial support for animal welfare, animal species conservation, capital projects, learning and engagement, community outreach programs, marketing at the Los Angeles Zoo, and GLAZA’s operations.

The Morris Animal Foundation was established in 1948 and has become the largest non-profit foundation in the world dedicated to funding studies to improve and protect the health of companion animals and wildlife. It has invested $142 million toward more than 2,780 studies that have led to breakthroughs in the research of disease, toxic exposures, injury diagnostics, treatments and preventions to benefit animals worldwide.

The African Wildlife Foundation was founded in 1961 to focus on Africa’s conservation needs. It bridges science and public policy to demonstrate the benefits of conservation to ensure the survival of the continent’s wildlife and wild lands.

Actors and Others for Animals was created in 1971 with a mission to eliminate pet overpopulation, ensure good care and protection for pets, and provide financial and referral support for economically challenged pet guardians.

The Betty White Wildlife Fund was started in 2010 to give wildlife researchers timely monetary aid to respond to unexpected events, such as natural disasters and emerging diseases, which result in the immediate need for animal health research.