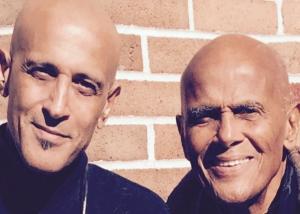 The Belafonte Family Foundation (BFF) has been launched to create programs that enlighten, fight prejudice and foster peace in the world and within people while helping to help steer them away from the misconception that nothing can be done.

BFF has a legacy steeped in decades of civil rights activism started by its chairman emeritus, artist and humanitarian Harry Belafonte. Its goal is to create access and equality across racial, gender and economic lines while offering progressive programming and resources for disenfranchised youth — with a focus on diversity, equity and inclusion.

“The lion’s share of my adult life has been committed to fighting against global social injustice and in favor of the world’s disenfranchised, but that world is ever-evolving and increasingly complex,” Harry Belafonte said in a media release. “As time forges on, these challenges and many others painfully continue and can only be overcome through persistent, wide-ranging efforts that will have to span generations.

“It is in this spirit that I express my joy and endorsement of The Belafonte Family Foundation and its mission. I am proud that my son David has chosen to honor and see this legacy perpetuated, and I invite and encourage you to join us in advocating for a better world.”

During his 35-plus years working with his father across entertainment and socio-political platforms, crossing many different industries and disciplines throughout the world, David Belafonte’s family has known and worked with business, entertainment and civic leaders that include former American presidents, mayors and labour union representatives.

“We are at that point in the proverbial movie where all sides have to collaborate in order to defeat a larger threat … Our initiatives must transcend politics and drill into team play and cooperation in the interest of human survival,” David Belafonte said in the release. “With that driver, we proudly launch the Belafonte Family Foundation.”

The foundation will launch with its vertical farming initiative, Bright Road Farms, with the intent to combat food deserts and educate and create financial independence for at-risk youth, in tandem with a mental health program based upon culinary therapy.

Bright Road Farms is an urban indoor farming initiative that will grow and supply locally grown greens and herbs to businesses, residents and those in need in underserved communities.

“The diversity that comes with our multi-generational approach is to me the secret sauce; while we learn from, and acknowledge what our elders went through, we need to truly listen to and involve our youngest generation, invoking their insight to the most current dialogues and their acute, contemporary ability to investigate,” BFF co-founder and trustee Malena Belafonte said in the release.

“This approach is invaluable when fostering inclusiveness, and creating access through our educational, social justice, mental health and arts programming. It allows us to level the imbalanced playing field much faster."

BFF will also provide four-year scholarships to deserving high school students based on a combination of educational merit and economic need so they can attend private, academically renowned American high schools. The foundation will offer similar scholarships to colleges, elementary and middle schools, as well as other types of institutions.

David Belafonte is a longtime Brazilian Jiu Jitsu practicioner and blackbelt, so he has a deep connection to the martial arts. The Bright Road Martial Arts Scholarship will sponsor qualifying at-risk youth in martial arts training programs across multiple disciplines, partnered with renowned academies and instructors.

BFF is also creating programs that focus on social justice, wrongful incarceration, sex trafficking and healthcare, as well as those that offer opportunities for people to become self-sufficient, start their own businesses and develop entrepreneurship.

The charitable organization intends to award grants to other corporations, trusts, unincorporated associations or other types of organizations exempt from United States federal income tax within the foundation’s tri-generational focus.