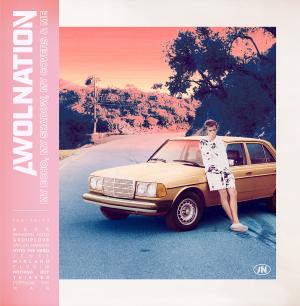 AWOLNATION founder Aaron Bruno began having social media conversations with other musical artists in 2020 after the onset of the pandemic, which sparked the partnership with JED around the May 6 release of a collaborative covers album titled My Echo, My Shadow, My Covers and Me.

“Through our work, we see daily how starting conversations and sharing stories can break down the barriers and misunderstandings that leave too many people struggling in silence," JED chief executive officer John MacPhee said in a media release.

"Music is such a powerful mental health vehicle and we are excited to partner with Bruno to amplify this impact.”

More information about where and when fans can hear these conversations will be revealed in the coming weeks.

JED was founded in 2000 and works to protect emotional health and prevent suicide by teens and young adults by partnering with high schools and colleges to strengthen their mental health, substance misuse, and suicide prevention programs and systems. It aims to equip young people with the skills and knowledge to help themselves and each other through encouraging community awareness, understanding and action.

My Echo, My Shadow, My Covers and Me features contributions from the likes of Beck, Jewel and members of Hanson, Nothing But Thieves, Incubus and Portugal The Man interpreting such songs as ABBA’s “Take A Chance,” Madonna’s “Material Girl,” The Alan Parsons Project’s “Eye In The Sky” and Harvey Danger’s “Flagpole Sitta.”

A cover of Midnight Oil’s 1987 hit “Beds are Burning” featuring Rise Against’s Tim McIlrath has just been released as a single and video.