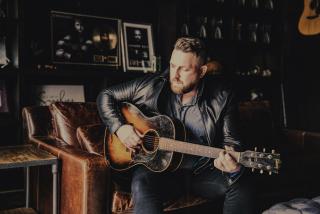 Johnny Reid, Gregory Charles, John McDermott, Michelle Wright, Fred Penner and Don Amero are among the performers from across Canada taking part in the Saying Goodbye concert in honour and awareness of National Grief and Bereavement Day.

Tickets to the second annual virtual concert are free, but donations are appreciated. Proceeds will be shared between the Canadian Hospice and Palliative Care Association (CHPCA) and provincial palliative care associations.

While that day is officially on Nov. 16, the live-streamed concert will be held on Nov. 14 at the National Arts Centre in Ottawa from 8 to 10 p.m. EST. It's presented by the CHPCA, in partnership with all provincial palliative care associations across Canada.

Saying Goodbye will provide a time and place to grieve for loved ones lost during COVID-19, as the pandemic prevented many from engaging in the usual process of letting go. The goal is to help normalize conversations around the dying process and recognize grief and bereavement as a natural response to loss.

“There is never a ‘good’ time to lose a loved one,” CHPCA chief executive officer Laurel Gillespie said in a media release. “The Saying Goodbye concert has the potential to create really great awareness around grief and bereavement as we experienced it as never before during this difficult time of social isolation.”

The Ottawa-based CHPCA was created in 1991 and is the national voice for hospice palliative care in Canada. It’s a bilingual, national and charitable non-profit association with a mission to pursue excellence in care for people approaching death so that the burdens of suffering, loneliness and grief are lessened.

The CHPCA and the CHPCA Champion’s Council announced the launch of the Saying Goodbye campaign in the spring of 2020 to call on health authorities to implement a more compassionate approach to end-of-life visitations across Canada during the pandemic.

National Grief and Bereavement Day is held on the third Tuesday of November. The CHCPA uses it to encourage Canadians to engage government and all sectors of Canadian society in a national dialogue to identify and support access to necessary resources for those living with grief and bereavement.