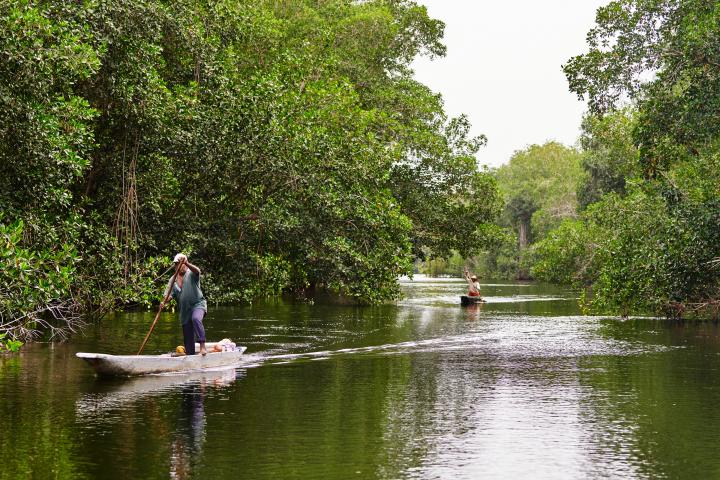 Apple has created the $200-million Restore Fund, which will invest in forestry projects to remove carbon from the atmosphere while generating financial returns for investors.

The first-of-its-kind carbon removal initiative, launched on April 15 in partnership with Conservation International and Goldman Sachs, aims to remove at least one million metric tons of carbon dioxide annually from the atmosphere. That’s equivalent to the amount of fuel used by more than 200,000 passenger vehicles.

“Forests, wetlands, and grasslands draw carbon from the atmosphere and store it away permanently in their soils, roots, and branches,” said Lisa Jackson, Apple’s vice-president of environment, policy and social initiatives, in a media release.

“Through creating a fund that generates both a financial return as well as real, and measurable carbon impacts, we aim to drive broader change in the future — encouraging investment in carbon removal around the globe. Our hope is that others share our goals and contribute their resources to support and protect critical ecosystems.”

This effort is part of Apple’s broader goal to become carbon neutral across its entire value chain by 2030. While the company will directly eliminate 75 per cent of emissions for its supply chain and products by 2030, the Restore Fund will help address the remaining 25 per cent of emissions by removing carbon from the atmosphere.

Trees absorb carbon as they grow, and researchers estimate that — despite ongoing deforestation — tropical forests hold more carbon than humans have emitted over the past 30 years from burning coal, oil and natural gas.

To ensure that the carbon stored in forests is being accurately quantified, and permanently locked out of the atmosphere, the Restore Fund will use international standards developed by recognized organizations such as Verra, the Intergovernmental Panel on Climate Change and the United Nations Framework Convention on Climate Change. It will prioritize investments in working forests that improve biodiversity through the creation of buffer zones and natural set-asides.

Conservation International is a co-investor in the Restore Fund and is ensuring that projects meet strict environmental and social standards. Goldman Sachs is managing the fund. Those two parties and Apple will identify new projects later this year.

Apple has used 100 per cent responsibly sourced fibres in its packaging for three years and has improved the management of more than one million acres of forests globally to date. The technology company has also pioneered carbon projects with Conservation International that protect and restore grasslands, wetlands and forests.

“Investing in nature can remove carbon far more effectively — and much sooner — than any other current technology,” Conservation International chief executive officer M. Sanjayan said in the release.

“We are excited to build on our long-standing partnership with Apple and believe the groundbreaking approach with the Restore Fund will make a huge difference and benefit communities around the world with new jobs and revenue that support everything from education to healthcare.”

Apple partnered with Conservation International, local government and conservation organizations in Colombia in 2018 to protect and restore a 27,000-acre mangrove forest. The aim is to sequester one million metric tons of carbon dioxide over the project’s lifetime. These mangroves not only protect the coasts and help support the livelihoods of residents in communities where they grow, but they also store up to 10 times more carbon than forests on land.

Apple and Conservation International also partnered with local conservation organizations in Kenya to restore degraded savannas in the Chyulu Hills region. Scaling up this work across the degraded rangeland and natural savannas across Africa could remove hundreds of millions of tons of carbon from the atmosphere each year, while also benefiting local communities and wildlife.

Conservation International was created in 1987 and has protected more than six million square kilometres of land and sea across more than 70 countries. It has offices in more than two dozen countries.