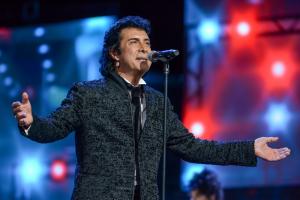 For the 17th straight year, Andy Kim, the hitmaker behind The Archies multi-million-selling single “Sugar Sugar” and the chart-topping “Rock Me Gently,” is hosting a star-studded charity Christmas concert.

Returning to Toronto’s newly renovated Massey Hall after being forced by the pandemic in 2020 to conduct a virtual televised show that raised over $200,000, Kim and friends will appear on Dec. 8 at the venerated venue in support of CAMH Gifts of Light, which provides gifts to patients of Canada's largest mental health hospital. Unlike other hospitals, The Centre for Addiction and Mental Health does not have a gift shop.

“It’s an honour for us to host a true Canadian music legend in Andy Kim and the institution known as The Andy Kim Christmas at Massey Hall,” said venue president and CEO Jesse Kumagai in a statement.

“We’ve always admired Andy’s selfless commitment to helping others, rallying his extensive circle of talented friends to put on one of the year’s best nights of music, all while raising funds for CAMH Gifts of Light. It’s an inspiring demonstration of music’s power to bring people together and better our community.”

“Hopefully we can once again raise an incredible amount of money for CAMH Gifts Of Light,” said Kim in a statement.

To date, the Andy Kim Christmas show has raised over $1.8 million for charity.