Andy Kim Christmas with Nelly Furtado, Ron Sexsmith, Sloan and More, on Way to a Sell-Out 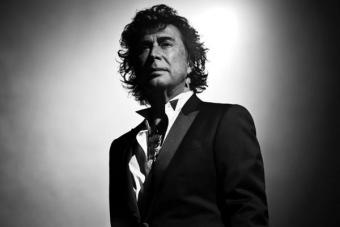 The Andy Kim Christmas concert in Toronto has moved this year to the bigger Queen Elizabeth Theatre on Dec. 7 and Nelly Furtado, Ron Sexsmith and Sloan will be among the names performing at the 12th annual charity event. It is the first time it will be held in a soft-seater. Past years it has quickly sold-out marquee venues the Phoenix Concert Theatre or the Mod Club.

There are still some tickets left on Ticketmaster but it too looks like it will sell out ($25-$40 plus service charges). (update: Russell Peters had been added as host)

Kim is the songwriter behind such classic pop hits as "Sugar, Sugar" and "Rock Me Gently." His latest album, 2015's It's Decided, was co-written and produced by Broken Social Scene's Kevin Drew, Ohad Benchetrit (Do Make Say Think), and Dave Hamelin (The Stills) and released on Drew's Arts & Crafts label.

One of the marquee events of the holiday concert season, the show will also feature Roch Voisine, David Clayton-Thomas, Hey Rosetta!'s Tim Baker, Tomi Swick, Finger Eleven, Bahamas, The Kings and more.  Proceeds from the show will go towards the CAMH (Centre for Addiction and Mental Health) Foundation's Gifts of Light Program, for mental health patients who often don't receive gifts during the holiday season because they are too far away from loved ones or, many times, ostracized from family.

CAMH's Gifts of Light provides "practical, meaningful gifts that meet the unique needs of mental health and addiction patients at CAMH." These include emergency needs kits with things like clean socks and toiletries to lessons on how to cook healthy meals and scholarships to help improve patients' skills.

"We’ve raised over $500,000 for local charities since the beginning, and I am honoured to have my friends again take part in this music-filled event. For the last three years, I’ve personally seen CAMH Foundation's Gifts of Light Program and how successful the program is in taking care of their patients' special needs. It’s fitting to again choose this beautiful program," said Kim in a release.

Kim will also be hosting a similar event in Montreal at Corona Theatre on Dec. 10. That show, the third annual for Montreal, will feature Roch Voisine, Ron Sexsmith, Hey Rosetta!'s Tim Baker, Whitehorse and The Dears' Murray Lightburn. Tickets are $27 plus service charges.

Proceeds from the show will be donated to the Starlight Children's Foundation, which aims to provide entertaining and engaging activities for children living with serious illness or life-altering injury through distractive in-hospital entertainment and family events.