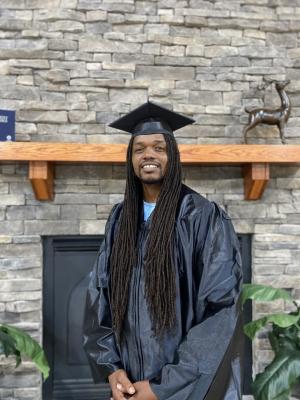 The campaign, which features Murphy on billboards throughout the state, encourages adults who haven’t completed high school to earn their high school equivalency diploma and pursue post-secondary training and courses that could open employment and career options for them.

Murphy dropped out of high school and washed dishes, sold shoes and worked temporary jobs in an attempt to support himself. His life changed dramatically in 2011 when he won America’s Got Talent’s million-dollar top prize, started touring, saw his That’s Life debut album top the Billboard jazz chart, and told his story in his book, Landau – From Washing Cars to Hollywood Star.

“Even with all the success I was experiencing, I wasn’t satisfied knowing I had not earned my diploma,” Murphy said in a media release. “It was important to me, but my tour schedule made it difficult to find time to prepare and test.”

With live performances eliminated as an option last year due to the pandemic, Murphy used his unexpected time off the road to study, test and become a high school graduate. He’s now using the experience to encourage others to earn their diploma, regardless of how long they’ve been out of school.

Murphy is now on tour promoting his new Landau Live In Las Vegas album. He displays promotional materials and banners at his concerts in West Virginia to promote the support available from WVDE Adult Education. These materials and the billboards provide information to help people earn their diplomas and pursue other educational opportunities.

People with high school diplomas earn an average of $8,000 more per year than those without, according to WVDE, and the adult education program offers many free classes, ranging from high school equivalency preparation and testing to Microsoft Office certification.