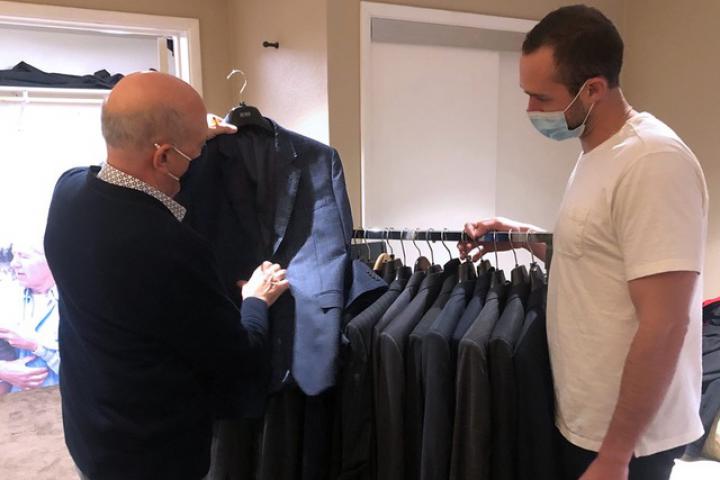 Long-running television quiz show Jeopardy! and the family of its late host Alex Trebek have donated a significant portion of his wardrobe to The Doe Fund, an organization that provides paid work, housing, vocational training, continuing education and comprehensive social services to underserved Americans with histories of addiction, homelessness and incarceration.

“During his last day on set, Alex extolled the virtues of everyone opening their hands and their hearts to those who are suffering,” Jeopardy! executive producer Mike Richards said in a media release.

“Donating his wardrobe to those who are working to rebuild their lives is the perfect way to begin to honor that last request.”

Trebek’s son Matthew has been a supporter of The Doe Fund and suggested it would be a good choice to receive the clothing donations.

“We are so grateful for Jeopardy! and the Trebek family’s commitment to lifting up the most vulnerable among us,” The Doe Fund president Harriet McDonald said in the release.

“The men in our career training programs are always in need of professional attire, so they can shine in their job interviews and work with confidence once they’re hired. This donation alleviates the obstacle of not having appropriate clothing.”

The Doe Fund was created in 1985 and since then has helped more than 28,000 formerly homeless and incarcerated individuals in New York City. Its programs have been proven to reduce recidivism by 62 per cent, improve the quality of life in city neighbourhoods, and foster permanent economic independence among its clients.

Jeopardy! is in its 37th season in syndication and, with a weekly audience of 24 million people, is the top-rated quiz show on TV. Trebek hosted the show from 1984 to less than two weeks before he passed away last November at age 80 after battling pancreatic cancer for almost two years.

George McDonald — The Doe Fund’s founder and former president, and husband of Harriet McDonald — passed away earlier this year at age 76.

“I’m thankful that George got to see Alex’s suits delivered to the people we serve before he left us,” said Harriet McDonald. “This generous gift honors the legacies of both men, and I know they’re smiling down on us.”