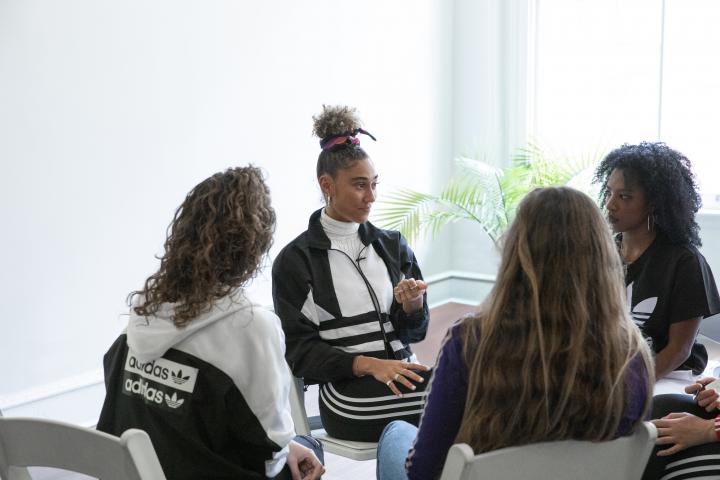 As women face barriers in the sporting world, Adidas has partnered with the iFundWomen startup to back women entpreneurs looking to accelerate their businesses in a male-dominated market arena.  The running shoe maker is following up financial support and business guidance for an initial nine women-led businesses with the launch of an open call for more women to submit applications.

“Since day one, iFundWomen’s mission has been to empower women to realize their visions through capital, coaching, and connections. adidas is all about removing barriers to women and girls in sport by providing support and visibility. We are totally mission aligned," Karen Cahn, founder and CEO of iFundWomen, said in a statement.

"It was only a matter of time before we joined forces to supercharge our respective missions. This partnership is a one plus one equals three scenario, and we cannot wait to see the massive impact it has on women and girls’ lives," she added.

On its website, iFundWomen describes the startup funding platform as offering access to capital through crowdfunding and grants and expert guidance for women business owners.

"The reason why IFundWomen is fundamentally different than anything on the market today is because of our proprietary coaching program, The IFundwomen Method, which brings three core principles together: Capital, Coaching, and Connections," the startup said of efforts to help women launch and grow sporting businesses. -ups in the health and science, media, arts and music, tech and social good sectors.

The first women and their businesses supported by the Adidas/iFundWomen partnership were:

Alexa Andersen, senior director for global women’s at Adidas, added, in her own statement, the partnership with iFundWomen aims to strike a balance in a sporting world traditionally dominated by men.

"Not only is lack of capital preventing women from starting businesses, but lack of access to mentors and support networks are also cited as the biggest barriers. Through this partnership, we’re able to support some of the most exciting women-led businesses in the industry, through funding, mentorship and more," Andersen said.