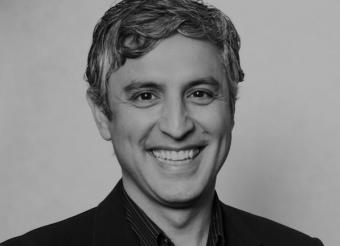 When Reza Aslan, an Iranian-American creative writing professor from the University of California, appeared on CNN in September 2014 it was to act as a counterpoint to the sometimes recklessly ill-informed opinions about Islam that influential people like television personality Bill Maher often say in the media.

After the terrorist attacks in Paris, France on Nov. 13 that left 128 people dead, Aslan's interview which features him verbally sparring with and frequently correcting CNN anchors Don Lemon and Alisyn Camerota, has resurfaced as a viral video-style teaching tool to break down a number of misconceptions the events in Paris have fueled about Islam.

The western world's response post-Paris has been particularly strong, led by the French military conducting air strikes in Syria against Islamic State of Iraq and the Levant (ISIL) in retaliation for its role in the Paris attacks. While that direct cause-and-effect is understandable to a certain degree, closer to home here in Canada there's been more cognitive dissonance. A mosque in Peterborough, Ontario was set on fire Nov. 14; a Hindu temple in Kitchener, Ontario was vandalized on Nov. 15; and yesterday a Muslim woman was attacked outside of her children's school in Toronto's Flemingdon Park neighbourhood. These are all acts of aggression committed against peoples completely unconnected to the ISIL cause.

The world could probably use a bit of thoughtful discourse to fight against some of the sweeping generalizations being leveled in the direction of Muslim people everywhere, so Samaritanmag has excerpted six points from Aslan's CNN's appearance to help illuminate people about Muslim reality.

Accusing Muslims of being responsible for female genital mutilation because the practice takes place in the Muslim country Somalia.

"How many women do we have as (heads of) states in the United States?"

In many countries Muslim women are not part of a free and open societies.

"It certainly is in Indonesia and Malaysia. It certainly is in Bangladesh. It certainly is in Turkey. I mean, again, this is the problem is that you're talking about a religion of 1.5 billion people and certainly it becomes very easy to just simply paint them all with a single brush by saying, well, in Saudi Arabia, they can't drive and so therefore that is somehow representative of Islam.

"It's representative of Saudi Arabia."

Saudi Arabia, a U.S. ally, is actually one of the most extreme Muslim countries.

"I mean, look, Saudi Arabia is one of the most, if not the most, extremist Muslim country in the world," said Aslan. "In the month that we have been talking about ISIS and their terrible actions in Iraq and Syria, Saudi Arabia, our closest ally, has beheaded 19 people. Nobody seems to care about that because Saudi Arabia sort of preserves our national interests.

"This is the problem, is that these kinds of conversations that we're having aren't really being had in any kind of legitimate way. We're not talking about women in the Muslim world. We're using two or three examples to justify a generalization. That's actually the definition of bigotry."

The perception that Islam promotes violence.

"Islam doesn't promote violence or peace," says Aslan. "Islam is just a religion, and like every religion in the world, it depends on what you bring to it. If you're a violent person, your Islam, your Judaism, your Christianity, your Hinduism is going to be violent. There are Buddhist — marauding Buddhist monks in Myanmar slaughtering women and children. Does Buddhism promote violence? Of course not. People are violent or peaceful. And that depends on their politics, their social world, the way that they see their communities, the way they see themselves."

"Stoning and mutilation and those barbaric practices should be condemned and criticized by everyone," said Aslan. "The actions of individuals and societies and countries like Iran, like Pakistan, like Saudi Arabia must be condemned, because they don't belong in the 21st century.

Yes, militant Islam is a problem, but it doesn't represent all Muslims.

"These kinds of oversimplifications I think only cause more danger," said Aslan. "There is a very real problem. ISIS is a problem. Al Qaeda is a problem. These militant Islamic groups like Hamas, like Hezbollah, like the Taliban have to be dealt with. But it doesn't actually help us to deal with them when, instead of talking about rational conflicts, rational criticisms of a particular religion, we instead so easily slip into bigotry by simply painting everyone with a single brush, as we have been doing in this conversation, mind you."