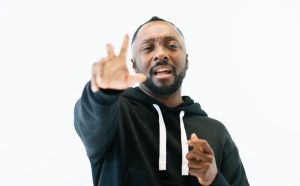 "We’re facing an education crisis in America. Your donation can help at-risk students get access to quality education so they can, in turn, lift up their families and communities. This is what the American Dream Fund is all about," a pitch for the American Dream Fund said on its GoFundMe page that in five days has raised $2.09 million on its way to a $5 million goal.

“Fair access to quality education is a social justice issue that is core to achieving the ‘American Dream.' Kids that graduate from high school with STEAM skills and go onward to college have better career paths, the opportunity to start businesses, build wealth and lift their families and communities out of poverty," i.am Angel Foundation founder will.i.am added in a statement.

will.i.am created the foundation in 2009 to help students living below the poverty line in his hometown neighborhood of Boyle Heights/East in Los Angeles and beyond, initially to provide access to after-school tutoring, STEAM courses, robotics clubs, and computer coding classes.

He launched the foundation after appearing on The Oprah Winfrey Show, where he surprised four needy students with scholarship money.

The students had achieved top grades and were accepted to college, but their families could not afford the tuition. That life-changing support inspired the popular musician and activist to expand his philanthropy and start funding students in his hometown neighborhood.