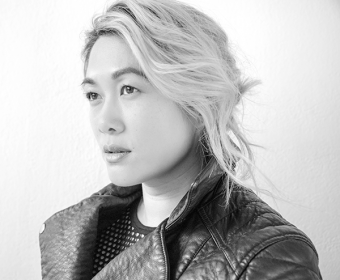 As she claims on her YouTube page, Milck sings “for the relentless, the vulnerable and the brave.”

As such, in light of all the women who have come forward with their stories of sexual abuse and harassment by film mogul Harvey Weinstein, and the resulting #METOO movement which allowed others, male and female, to also share their stories, the Los Angeles-based singer-songwriter, born Connie Lim, has updated her powerful song “Quiet” about sexual assault.

A survivor herself, Milck performed the song at the Women’s March on Washington anthem and it went viral — and flashmob performances of the song in Sweden, Australia and Ghana — and led to a record deal with Atlantic Records.

To further her support of sexual assault victims, Milck has also launched the #ICan’tKeepQuiet Fund, which supports three organizations: The Joyful Heart Foundation, Step Up and Tuesday Night Project. The title is based on her #ICANTKEEPQUIET movement.

Milck has reimagined the powerful piano-driven ballad with an equally potent video, featuring other survivors of sexual assault, and rush-released the song — available on her debut Atlantic Records EP This Is Not The End, set for a Jan. 19 release — with the full support and marketing muscle of Atlantic COO Julie Greenwald.

“In light of the Harvey Weinstein scandals sparking a massive movement of women and survivors speaking out against sexual assault, I find myself in awe and moved to my core,” Milck wrote in a letter posted on her YouTube channel.

“Since the age of 14, I’ve survived several acts of sexual assault. For years, I blamed myself and secretly carried the shame. When I did realize it wasn’t my fault and that I deserve to heal, I wrote a song called ‘Quiet,’ which went viral after I sang it with a choir on the streets @ the D.C. Women’s March.

“Since then I have teamed up with Atlantic Records to create a hopeful, new version that incorporates survivors singing with me. I’ve seen this song help survivors speak out after the Women’s March, and I believe that the new version has the power to encourage and empower all those thinking of coming forward at this time.

“Even though I was planning to release this new version of ‘Quiet’ in January, I believe the movement is happening now, and I want to support those breaking the silence by releasing ‘Quiet’ early. I’m deeply moved (Chief Operating Officer) Julie Greenwald @ Atlantic is standing beside me through this change of plan. She understands that it’s my gesture of support & encouragement to all the survivors rising. It’s my musical #METOO.

“I hope you’ll listen and consider standing with us as well. Thank you so much for reading!!”

The video for “Quiet,” directed by Elizabeth Orne, comes with a warning: “This video portrays subtle yet sensitive material regarding sexual assault.”

It begins with footage of a trans girl being harassed by younger schoolkids tugging at her skirt, and then segues into a woman submitting sexually to her abusive boyfriend, although her heart is clearly not in it.  The trans girl storyline has a happier ending: both her parents accept her life choice and she ends up venturing down to a teen center, where she meets up with the abused woman and a number of other victims, as they all sing along to the chorus of Quiet with Milck, surrounded by an orchestra and playing the piano.

Eventually, they all join the singer in song, including lyrics:  put on your face / know your place / shut up and smile / don’t spread your legs / I could do that / But no one knows me no one ever will / if I don’t say something, if I just lie still / Would I be that monster, scare them all away / If I let the-em hear what I have to say / I can’t keep quiet, no oh oh oh oh oh oh..."

According to Milck’s description, the #ICan’tKeepQuietFund supports the #ICantKeepQuiet global community “made up of gentle rebels who bravely sing, speak, write and express themselves on behalf of the misfits, the survivors, and the dreamers. We are dedicated to supporting organizations around the world that are anchored in vision, opportunity and hope, that empower, organize and mobilize fellow gentle rebels, and that reinforce the bond of our safe, inclusive community.”

- The Joyful Heart Foundation, created by Law and Order: Special Victims Unit actress Mariska Hartigay. Based in Kona, Hawaii, with the intention of helping sexual assault survivors heal and reclaim a sense of joy in their lives, the Foundation has raised more than $33.4 million (U.S.) and directly impacted 18,500 individuals.

- Step Up, founded by agent and film producer Kaye Popofsky Kramer and headquartered in Los Angeles, inspires women to inspire girls, “(propelling) girls living in or going to school in under-resourced communities to fulfill their potential by empowering them to become confident, college-bound, career-focused, and ready to join the next generation of professional women.

- Tuesday Night Project, based in in Los Angeles with a mandate “to provide Asian American, Native Hawaiian & Pacific Islander (AANHPI), Little Tokyo, and greater Los Angeles communities with a number of diverse and dynamic public art and culture programs in safe community spaces where people can connect through creative expression and social engagement.”

As for Atlantic Records, Greenwald has taken the rare step of releasing a public letter citing her personal support for Milck, #ICan’tKeepQuiet and “Quiet.”

“Dear Friend,” Greenwald writes. “Last January I had the amazing experience of chartering a bus to take my daughter and a bunch of my Atlantic crew from New York to the Women’s March in DC. We shared a common goal: to stand up against all forms of injustice and unite with others to make our voices heard.

“We later discovered an incredible singer and songwriter, Connie Lim –aka MILCK. She was also at the Women’s March, where she captivated and empowered people with her moving anthem, ‘Quiet.’

Sometimes, it takes a song to fully encapsulate our feelings and inspire us to heal and move forward in solidarity. And with everything going on in this country and around the world, this song has been bringing strength, courage and comfort to people everywhere.

“When artists use their gifts to speak out against oppression and stand up for social change, dignity and respect, the effect can be extraordinary.

“So, I’m grateful and extremely proud to be able to share this powerful song in this all-important moment. Attached is the song and video. I am also proud to be running a music company full of strong women. But I know it’s not easy being a woman in the entertainment business. It never has been, and we have to have each other’s backs as we gain strength through our collective voice. This is not a time for quiet... it is a time to speak out.”