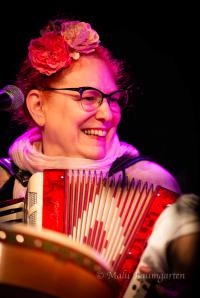 The second annual Speak Music Be Kind Festival, of course will be online this year Feb. 5-6, due to the coronavirus pandemic, but despite the hardship to many in the music industry because the live and touring industry has been halted, founder Beverly Kreller is making the event free with a tip jar for artists and a donation option for Black Lives Matter Canada, which is part of an international organization and movement fighting police and State violence, and anti-Black racism, while focusing on history, issues and goals unique to Canada.

“There are several reasons I chose Black Lives Matter (BLM) for this year,” says Kreller.

“Most of all, innocent, unarmed Black people are far too often being unjustly injured or killed by police. And this is only the most extreme example of widespread, systemic, anti-Black racism, that urgently needs to be dismantled. Also, February is Black History Month. Though the plan was for the festival to take place annually in January, I decided that since it’s virtual this year, and we could hold it anytime, February allowed for a great match of the cause and the date.”

Kreller’s goal for Speak Music Be Kind is always to be diverse, gender-balanced and non-gender specific.

“Hopefully with the donations this year, we’ll be able to raise a greater amount,” says the long-time publicist (her company is called Speak Music) and musician in Hotcha!.

Speak Music Be Kind Festival was created as a non-profit with net profits distributed to a different charity each year. Held annually in Toronto, it showcases a diverse blend of Canadian music creators in performances and workshops. This year, there will only be performances.