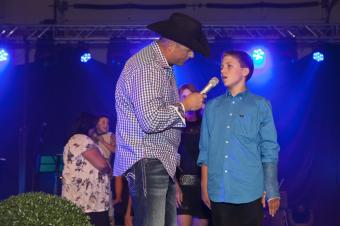 It will be a motley bunch at the Lacombe Golf and Country Club in Alberta on Aug. 14 when chart-topping country singers, rodeo world champs, NHL and Olympic gold medalist hockey players and Olympic gold curlers hit the green for the 7th annual Gord Bamford Charity Golf Classic Gala.

The gala for 750 people takes place at the Sheraton Hotel Exhibition Hall in Red Deer on the 13th.

“I have to say that we have as much fun on the golf course as we do the night before at the gala,” Bamford tells Samaritanmag via an email. “It’s a great way to wind down, hit some balls and celebrate an event that takes a year to plan.”

The two-day fundraiser is private and invite-only, monies raised coming from a combination of sponsorship packages, and silent and live auction items — and people. The participating celebrities are bid on to join one of the 42 golf teams.

“The Foundation often gets requests for assistance, and those groups who focus on children are the ones that I lean towards helping,” says Bamford. “And sometimes there is a direct connection to those I help. When my youngest daughter was born, my wife and I had to spend time at a Ronald McDonald House. So I have experienced firsthand what parents go through when it comes to their child being sick, and how necessary it is for them to stay close to that child.”

And of course, the artists: Nashville’s Cowboy Troy, songwriters Byron Hill, Phil O’Donnell, and Buddy Owens, as well as Canadian country acts Jason Blaine, Beverley Mahood, Aaron Pritchett and Duane Steele. Along with Bamford, they will each perform two songs.  Canadian rock legends Trooper is also playing (but not golf). 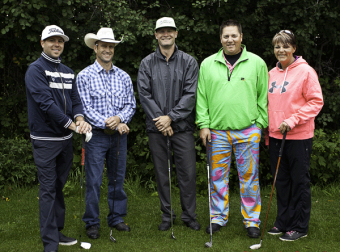 “I have always made an effort throughout my career to visit children’s hospitals. Those cumulative experiences over time have proven to me the power of a guy with a guitar who can sing a song to a sick child. It turns into a magical musical experience that takes away their pain, even if it is only for a brief moment,” says Bamford.

“I experienced that with a young man named Daniel Yaretz in March, 2010 when he was very sick with spinal meningitis at the Stollery Children’s Hospital in Edmonton. He had lost 33 pounds and really, was in terrible condition when I went in to see him that day. He loved music, and our music that day turned into a shared experience between two musicians.

“I’m happy to report he’s a healthy 21-year-old university student who now pays it forward by playing for senior’s centers and children’s hospitals. That experience showed me what music can do when it comes to the power of healing, both emotionally and physically. So after the success of our 2013 Charity Golf Classic, I knew I could broaden my giving, not only to just the Stollery and the Alberta Children’s Hospital, but to other deserving children’s hospitals all across Canada. ”