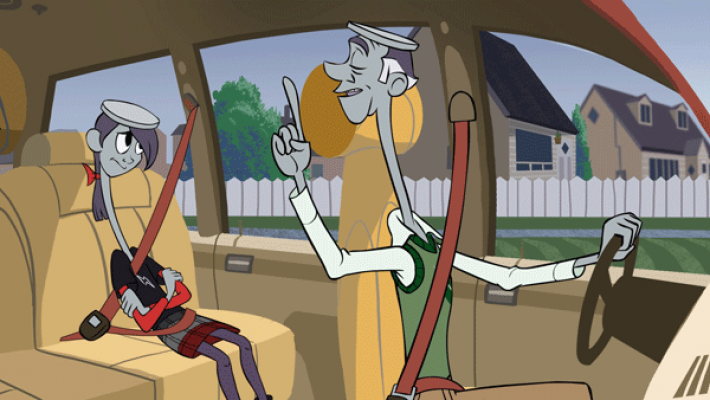 In a perfect world there would be no racism and therefore no need for the United Nations (UN) International Day for the Elimination of Racial Discrimination, every March 21, but sadly there is.  In homes and in schoolyards, in professional sports and against the President of the United States, racism is still rampant all over the world.

The 2014 theme, selected by the Office of the UN High Commissioner for Human Rights, is The Role of Leaders in Combatting Racism and Racial Discrimination. A panel discussion is being held today at the UN in Geneva and a mandated Special Meeting in observance of the day will take place at UN headquarters in New York.

Believing racism is a learned behaviour, typically from the parents or other adult figure in a child’s life, Samaritanmag founder (yours truly) Karen Bliss created this cartoon anti-racism public service announcement five years ago (animated by Copernicus Productions).

“The United Nations General Assembly, in a show of solidarity with the anti-apartheid movement, established this Day to commemorate the 1960 Sharpeville Massacre, when 69 people were killed and many others injured as police opened fire on a peaceful protest against South Africa’s appalling pass laws,” it says on the United Nations’ web site.

The 2014 International Day for the Elimination of Racial Discrimination is the first following the death of former South African President Nelson Mandela, who fiercely and courageously battled racism with forgiveness — even for those who kept him imprisoned for 27 years (1962 to 1990) — and promoted equality for all.

“Nelson Mandela’s journey from prisoner to President was the triumph of an extraordinary individual against the forces of hate, ignorance and fear – and it was a testimony to the power of courage, reconciliation and forgiveness to overcome the injustice of racial discrimination,” wrote UN Secretary-General Ban Ki-moon.

“The lessons of South Africa’s staunch defence of equality ‘out of the many Sharpevilles’ in the country’s history can be applied anywhere in the world, not only in response to organized, institutional forms of racism but wherever this pernicious problem occurs, including in daily interpersonal relations.

“I call on all people, especially political, civic and religious leaders, to strongly condemn messages and ideas based on racism, racial superiority or hatred as well as those that incite racism, racial discrimination, xenophobia and related intolerance.

“On this Day, let us acknowledge that racial discrimination remains a dangerous threat and resolve to tackle it through dialogue inspired by the proven ability of individuals to respect, protect and defend our rich diversity as one human family.”