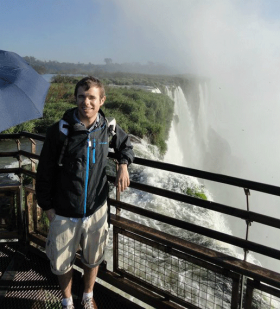 Friends of Scott Jones, a Nova Scotia music teacher and activist who was the victim of a stabbing attack during Thanksgiving weekend, are coming together to raise money to help him on a long road to recovery. In Toronto, his longtime friends Mary Stewart and Gina Kennedy, among other musicians and supporters, are planning a benefit concert at Measure (296 Brunswick Ave.) Dec. 4 for the Scott Jones Fund, a trust set up with the Bank of Nova Scotia.

The money will go to Jones’ medical and rehab expenses, as well as for future care, such as making his home and car wheelchair accessible. Jones, 27, was stabbed in the back repeatedly outside of a bar in New Glasgow, N.S. in the early morning on Saturday, Oct. 12, and was left paralyzed from the waist down. Jones’s friends and family suspect that he was attacked due to being openly gay.

Nineteen-year-old Shane Edward Matheson has been charged with attempted murder, aggravated assault and possession of a weapon dangerous to public peace, according to a CBC news report. He remains in custody.

The Toronto benefit, Come As You Are, has been in the works ever since Stewart heard about the attack. Stewart is a singer-songwriter who was in a choir with Jones for 10 years in Nova Scotia. “I was in Toronto and all of my friends were in Nova Scotia with him. I felt like my heart was going out for Scott and I felt awful,” Stewart tells Samaritanmag. “I was trying to think what I could do, and I’ve done events in the past for other causes. I couldn’t believe that something like this [crime] could happen in Canada.”

Nineteen-year-old Toronto-based musician Molly Thomason, an active member of Nova Scotia’s LGBTQ community, is also performing at the fundraiser. She hails from Antigonish, N.S., a town half an hour from New Glasgow, where Jones was stabbed. She says she was surprised by the attack on the openly gay Jones. “Nova Scotia is actually very progressive and very open in terms of the LGBTQ community,” she tells Samaritanmag. “It’s really unfortunate to be reminded in such an intense way that [homophobia] is still alive and well.”

Presented by SiriusXM, Big Things and HeartStringsTV, Come As You Are: A Benefit For Scott Jones is one of several fundraising efforts popping up around Canada for the Scott Jones Fund. In the U.K., Canadian-born artist Andrew Salgado auctioned off a painting for Jones, at $8,500 (CDN). Even an Empire Theatres cinema in New Glasgow gave away half of their Tuesday night profits to the Fund. 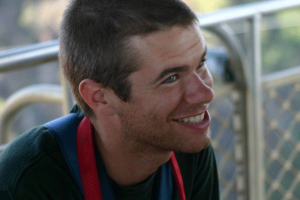 The Fund in his name has already raised $113,000, according to the update on supportscottjones.com. Those hoping to donate or put together a fundraiser to support Jones can find information on the site. “We are overwhelmed and amazed by all the support,” his sister Sherise Jones wrote in an email. “The words of love and support from people in our hometown and around the world are a huge source of strength and hope for us. It has given us a renewed faith in humankind.”

Deejay Andrew "Awesome" Robertson has helped to pull together silent auctions items for the Toronto benefit from his friends in the city’s LGBTQ community. He tells Samaritanmag he was surprised at the output and immediate response from his social network.

“This story is pretty alarming in particular to LGBT people,” Robertson, who recently gave his gig at the benefit to a friend, DJ LeLe. “I think all of us can relate to outside abuse affecting our lives. Whether or not [the attack on Jones] was a hate crime, they do exist. I think that we view that in a certain way that makes us want to help because we see how it could affect us.

“I believe in helping where you can. That’s why I went out and got the donations and asked LeLe to be involved. Because, if you do have the time to help someone else, there may be a time that you need help as well.”

Before the attack, Jones had been an activist in New Glasgow, N.S. as both a music teacher and as a young adult who often spoke with youth about sexuality. As a Mount Allison University student, he founded the society Music as a Cure with fellow students musicians that organized benefit concerts to raise money for charities like the MS Society. In Pictou County, N.S., he directed the children’s choir for two years with sister Sherise.

“[The numbers in the choir] ranged up to 40 kids at a time. It just kept on growing and growing,” friend Gina Kennedy, who is planning the Come As You Are benefit, tells Samaritanmag. “It’s a really good feeling to get kids to stick with stuff like that. [Jones] was super selfless in the way he would volunteer to do these kind of musical things.” 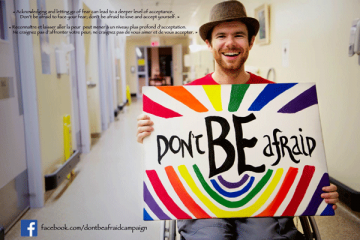 Jones is also the catalyst behind the “Don’t BE Afraid” campaign to raise awareness and create dialogue about homophobia., said his sister. The idea came to him during his stay in intensive care last month. His friend, Charlotte Marchesseault, created a Facebook page that features photos of ordinary people holding a painting that says “Don’t BE Afraid.” Sherise says her brother plans to take this campaign further after rehab, hoping to communicate his story with people as a way to prevent homophobic attacks.

“Scott wants this campaign to be bigger than him,” Sherise says. “It is about the message and not about him. He began the campaign, and although it’s begun due to what happened to him, he feels there was a need for it long before now.”

A photographer at the Come As You Are benefit will take pictures of people with “Don’t BE Afraid” paintings (not for sale) to raise awareness about the campaign. The music event will raise money through a $10 cover charge, a 50-50 draw and a silent auction with paintings, jewelry, gift certificates for dinners and more.

Even in rehab, Jones continues to play music, Sherise says. Although he will need to find a device that allows him to play piano with his mouth — since he will be unable to use a pedal — he continues to play Baroque works that do not need a pedal accompaniment.

“He’s the most optimistic, positive human being in the entire world,” Stewart says. “Everyone always says, ‘Mind over matter,’ and he has the strongest mind of anyone that you will ever meet. I know he’s going to come out on top.”