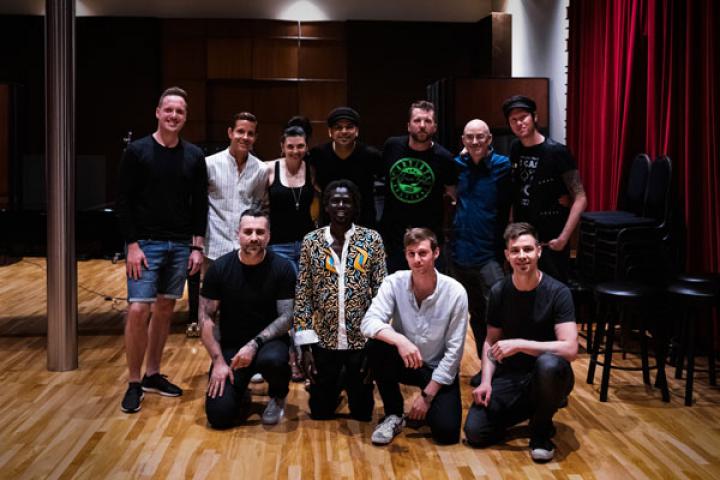 Founded in 1978, Human Rights Watch investigates massacres, genocides, government take-overs of media and arrests of activists and political opposition figures throughout the world. The organization is also active in protecting those who face discrimination, including women, LGBT people, and people with disabilities. According to the organization, it "documents right abuses around the world with the ultimate goal of ending them and bringing the perpetrators to justice."

Sudan President Omar Hassan al-Bashir has been in power in the African country since 1989. His rule has been characterized by brutal anti-democratic actions and activation of the military to round up and kill protesters. Between this and famine conditions in South Sudan, the United Nations estimates 5.5 million people urgently need help in what is the largest refugee crisis in Africa. The U.N. characterizes many of these refugees as "exhausted, hungry and suffering the trauma of rape and indiscriminate killings."

"When people are deprived of justice, they create their own language of hope and healing," said Ataman in a statement. "The best way to express this is through music and art. ‘Sunday Bloody Sunday,’ reimagined by some of our greatest Canadian artists, is a protest song for the people in a country that cannot protest for themselves to the wider world. Our hope is that as a tool of advocacy it helps to finish bending the arc of history of Sudan towards the light."

The artists who contributed to the song all hope their contributions would help to address this crisis.

"We are honoured to work alongside some incredibly talented Canadian artists on 'Song For Sudan' in hopes to raise awareness for the ongoing humanitarian crisis happening there, where peaceful protest has been met with violence and political unrest," said Billy Talent's Kowalewicz and D’Sa in a statement. "We stand together with the people of Sudan."

"I was honored to be asked to participate in a project to raise funds to help in anyway the heartbreaking atrocities that occurred in Sudan," added Millan from Stars. "Women are so directly affected by extreme sexual violence, if it brings any awareness and money to what’s happening, then at least a small something has been done."

"This project has a special place in my heart and the issues that is challenging are things that are battling with my mind, soul and spirit every day," said Jal. "I am honoured to be part of the song that is playing a role in raising consciousness global awakening."