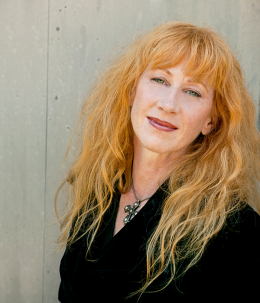 Releasing her first new song in six years, Canadian singer, songwriter and harpist Loreena McKennitt will donate all Canadian digital sales proceeds of “Breaking of the Sword” to the Support Our Troops Fund, which provides financial support and assistance to Canadian Armed Forces members, veterans and their respective families.

The song, which is a tribute to Vimy, France and released in time for Remembrance Day (Nov. 11,) was inspired by the group of 20 symbolic statues called The Defenders at the Vimy Memorial, particularly those known as Breaking of the Sword.

The World War I Battle of Vimy Ridge, which occurred from April 9 and 12, 1917, found four divisions of Canadian soldiers battling three divisions of the German Sixth Army with the objective to take command of the German-held escarpment in Nord-Pas-de-Calais region of France. The Canadians forced the Germans to retreat, but suffered 10,602 casualties, including loss of 3,598 troops.

As a result of their bravery and sacrifice, a 100-hectare portion of the battleground serves as a memorial park and the site of the Canadian National Vimy Memorial.

McKennitt was inspired to write the song after participating at the Canadian National Vimy Memorial ceremony for the centenary anniversary of the Battle of Vimy Ridge.

“I feel the sentiment of this song is both timeless and universal,” McKennitt said in a statement.

The arrangement includes contributions from Ottawa’s Central Band of the Canadian Armed Forces and the 90-voice-strong Stratford Concert Choir.

Written in the first person from a mother’s perspective, the epic ballad tells of her grief in seeing her son called away from home to serve his country in war, only to make the ultimate sacrifice:

“When I stood there at the station

And our eyes one last time met

It was at that moment my dear son

Is it now a mother’s blessing

That the country’s truly free?

You gave your life for all of us

And to all humanity…” 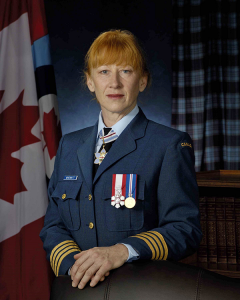 McKennitt said she was additionally inspired by the largest statue, known as Canada Bereft.

“When I looked at Canada Bereft with her head bowed in grief, I found it so moving and so powerful,” said McKennitt, an honorary Royal Canadian Air Force Colonel. “When you lose a child, that unimaginable loss and longing is felt the world over.  It transcends borders and time and grief itself.

“In my 11 years of being an Honorary Colonel, I have come to realize there are at least three kinds of families experiencing loss in times of sacrifice – the immediate family, the military family and the communities where our fallen have lived,” McKennitt continues. “I have tried to represent each of them in my arrangement, symbolically drawing upon the Central Band of the Canadian Armed Forces as well as our local community concert choir.”

“In the contemporary sense, families of those who serve continue to make huge compromises and sacrifices to support their loved ones, regardless of their mission or task – from combat to humanitarian and search-and-rescue missions, to the demands of daily training and operations. We, as citizens, owe those who serve, as well as their families, our immense gratitude and at the very least, the act of remembrance.”

Aside from being appointed a RCAF Honorary Colonel in 2014, McKennitt is a member of the Order of Canada, the Order of Manitoba and was appointed to the rank of Knight of the National Order of Arts and Letters by the Republic of France in 2013.  She has also been awarded the Queen Elizabeth II Golden and Diamond Jubilee Medals.