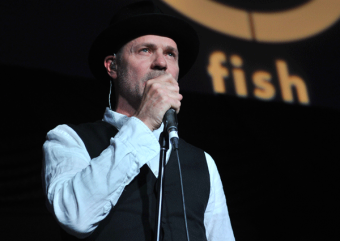 The Tragically Hip’s Gord Downie co-hosted and curated a fundraising gala that included words of water from such well-known Canadians as actor Scott Thompson, singers Leslie Feist and Sarah Harmer, director Atom Egoyan and broadcaster Peter Mansbridge, speaking about the state of Lake Ontario’s water at The Waterkeeper Gala on May 27.

Held at the lakefront venue the Palais Royale in Toronto, and presented by RBC, the annual event brought in $500,000 to support Lake Ontario Waterkeeper’s work on water issues, the most money the organization has raised in one night. The gala was attended by 350 guests.

“Lake Ontario Waterkeeper is a Canadian charity working for a day when every person in our watershed can safely touch the water, when the water is pure enough to drink, and when the lake is clean and wild enough that you could toss in a line anywhere and pull out a fish,” it reads on its web site.

“Performers shared an idea, a memory, or a belief about water that is unique. They told stories, sang, and made us laugh,” said Lake Ontario Waterkeeper president and co-founder Mark Mattson in a press statement. “The message was unmistakable: each and every one of us has a personal connection to water.”

“Lake Ontario Waterkeeper’s emphasis on strengthening our cultural connection to water is key to a clean water future. We are proud to be the founding presenter of their annual gala,” RBC’s Shari Austin, vice-president, corporate citizenship, said in a statement.  Details of the grant will be released on RBC Blue Water Day, June 12, 2014.