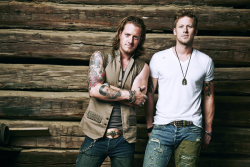 Wanna Meet Weird Al or Florida Georgia Line or are you content with a photo of the Rolling Stones and some Taylor Swift or Bruce Springsteen vinyl? Music fans looking to take home a piece of musical memorabilia and have money to spare can go for it on the official 2015 Grammy Awards Charity Auction.

Proceeds will benefit the Grammy Foundation and MusiCares.

Running through Feb. 19, this online auction offers approximately 100 items up for bid, including VIP experiences like meet 'n' greets with parody king “Weird” Al Yankovic and the members of country band Florida Georgia Line (one bid currently at US$500), as well as a three-day/three-city ride on the official Vans Warped Tour bus this summer (one bid currently at US$2000).

Also available are prints of rare early photos of The Beatles and the Rolling Stones taken from The Bob Bonis Archive. Bonis was the tour manager for both the Beatles and the Stones during 1964 and 1965, just as both bands were breaking in the US. These candid images, taken by Bonis himself, were shot in studios, motels and on stage.

MusiCares provides support to working musicians, from emergency financial aid to hearing tests to medical/dental screenings to addiction support services. The Grammy Foundation, meanwhile, focuses on the next generation of artists and performers. Arguably their best-known initiative is Grammy Camp, a week-long summer program where students can enroll in a variety of music industry programs, from audio engineering to vocal performance to songwriting. Grammy Camps this year take place in Los Angeles, Nashville and New York.