Cher Wondering If Fellow Artists Will Join Her in Helping Residents of Flint, Michigan 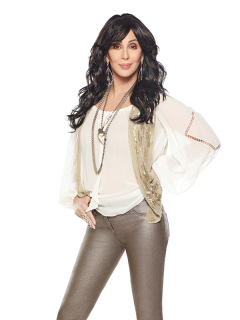 Cher is wondering if “fellow artists” will join her in helping Flint, Michigan. The singer, disgusted with the revelation that the drinking water there is contaminated with lead, purchased 181,400 bottles of water from Icelandic Glacial to donate to the city’s 100,000 residents.

According to a press release from Icelandic Global, which said it is doubling Cher’s purchase, the shipments of bottled water was scheduled to be trucked to Michigan on Jan. 18 and arrive at the Food Bank of Eastern Michigan on Jan. 20 for distribution.

Since news broke that the population of Flint has been subject to contaminated drinking water since April 2014, Cher has been relentlessly working with Flint mayor Karen Weaver to provide relief for the crisis, while harshly criticizing Michigan governor Rick Snyder for his alleged incompetence.

“SON WAS BORN IN MICHIGAN,” Cher tweeted, in reference to her late first husband Sonny Bono, her partner in the entertainment duo Sonny & Cher and later the mayor of Palm Springs and a congressman, and providing a partial reason as to why she came to Flint’s rescue.

The City declared a state of emergency on Dec. 14, 2015, after the city was forced to use Flint River as a source of drinking water from April 2014 through Oct. 16, 2015,  resulting in elevated levels of  lead due to corrosive pipes.

The city is advising residents not to drink water without an NSF certified water filter that specifically removes lead.

In a series of damning tweets, Cher has harshly criticized Michigan governor Rick Snyder for his alleged inaction and lackadaisical reaction to the crisis, including ignoring immediate public complaints about the taste, smell and appearance of the water, and early tests showing a spike in lead levels in the blood of Flint children.

Snyder allegedly ignored a flag raised by his exiting chief of staff in July 2015 regarding the situation, and didn’t declare a state of emergency until Jan. 5.

On Jan 16, President Barack Obama declared a federal state of emergency in Flint.