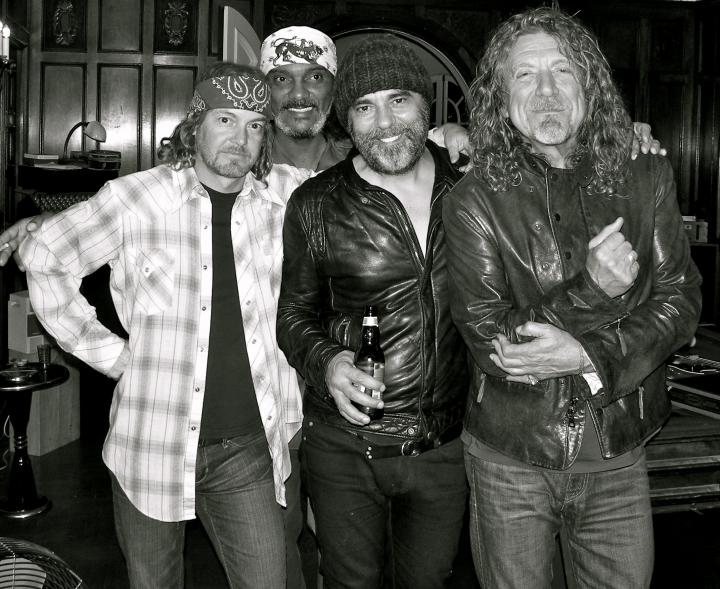 Mark Howard, the Grammy-winning and Juno-nominated producer and engineer who has worked with everyone from Bob Dylan and U2 to The Tragically Hip and Willie Nelson, has organized a benefit concert featuring Sarah McLachlan, Randy Bachman, Sass Jordan, Sam Roberts and Ian Thornley, and more,  to be held at Toronto’s Roy Thomson Hall on Oct. 6.

The Mark Howard & Princess Margaret Cancer Centre Grand Concert will raise funds and awareness to help advance immunotherapy medicine — using the immune system to fight cancer — something with which the Manchester-born, Hamilton-raised individual is all too familiar: Howard has been undergoing the treatment since December after being diagnosed with stage four melanoma cancer, an aggressive skin cancer. Funds raised go to Princess Margaret Cancer Centre, earmarked for immunotherapy.

In an exclusive interview with Samaritanmag, Howard, 54, reveals that within three weeks of being diagnosed, the cancer had spread to his liver, spleen and brain.

“I found Dr.  Marcus Butler at Princess Margaret Hospital and he pretty much saved my life with this new treatment,” said Howard.  “Now, my liver and my spleen are clean of the cancer. We’re waiting on the brain and my shoulder. It’s slowly going away but it’s going to take a while. “

Howard, who has relocated to Toronto from California for the treatment thanks to a GoFundMe campaign started in late April that has raised over $54,000 to date, says the rapid advancement of the disease surprised him. 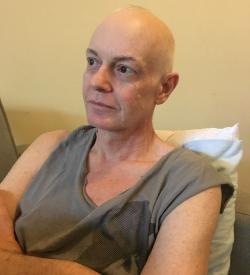 “I didn’t think much of it – it started off as a little mole on my shoulder, then it grew into a big tumour on my shoulder,” he recalls. “It didn’t get treated. I was waiting for to go on a clinical trial in L.A. – and what happened was during that period it spread to my liver, my spleen and my brain. It’s a very serious disease.  You think, ‘oh, it’s only skin cancer,’ but when it’s stage 4, it just takes off and can be pretty deadly.”

Howard said a family friend was being treated by Dr. Butler for skin cancer and showed him photos of Howard’s tumour.

“He said, ‘Get him here tomorrow,’ and the next day I was on a plane,” Howard recalls.

The patient feels extremely lucky that he’s reacting positively to the treatment, which is still fairly new.

“Three years ago, they didn’t have this treatment and chemotherapy didn’t work for it,” Howard says. “I’m lucky that it happened when it happened for me, because it works on only 40% of patients in general.”

Howard also says he’s aware of how he contracted the disease: sunlight exposure.

“I’ve never wore sunscreen my whole life and I’ve been exposed to the sun quite a bit,” he explains. “And if I can save one person by telling them to wear sunscreen every day and stay out of the sun, you know. The sun’s rays have gotten wicked now. All it takes is one little burn and it can set up this reaction and it can be deadly.”

He feels he was particularly vulnerable because “I have pale white skin and a lot of freckles and moles, so it’s like that kind of stuff is really susceptible to any kind of sun and burn.”

A protégé of Daniel Lanois who got his start at Grant Avenue Studio, Howard has engineered or produced some of music’s most influential albums, including Bob Dylan’s Oh Mercy and Time Out Of Mind, R.E.M.’s Automatic For The People, Neil Young’s Le Noise, The Tragically Hip’s Day For Night, Peter Gabriel’s Us and Emmylou Harris’ Wrecking Ball, to name a very few.

“I thought, ‘Hell, I’ve made all these records with all these people - maybe I should ask them if they’d give me a hand, see if they’d be interested in doing a show. “

Howard’s first call was to float the idea past fellow producer and good pal Pierre Marchand. Marchand reached out to his client, singer-songwriter Sarah McLachlan, and “within five minutes I got an e-mail saying she’d do it.”

“Once Sarah was aboard, everybody else fell into place,” says Howard.

Howard stresses that he will not personally benefit financially from the show.

“The GoFundMe set me up so I can live in Toronto, and this concert is to help Dr. Butler with his research,” he explains. “So, all the money is going to Princess Margaret Immune Therapy research.  Dr. Butler has this T-cell research going where they go in and they pull your blood out and they alter the T-cells in your blood and put it back in and it goes and fights the cancer. “

Tickets for the event – now on sale at Ticketmaster - range from $100-$250, and a number of “surprise guests” are being promised, backed by a band that includes drummer Brady Blade, guitarist Doug Pettibone, bassist Hal Cragin and keyboardist Vince Jones. 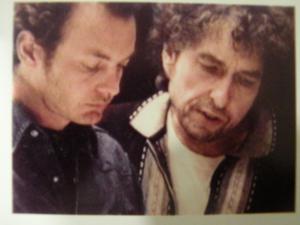 As for Howard, he’s currently battling teeth and depression issues associated with contracting the disease and radiation treatment, but figures that the immune therapy will “take another six months to a year” before his cancer is in full remission.

He’s slowly regaining his energy and says he’s feeling stronger every day. He’s also written a book called Listen Up, that reveals the behind-the-scenes stories about making albums with Dylan, Nelson, Tom Waits and others that will be out on ECW Press in 2019.

“I feel really positive about the future. I’m going to be great,” says Howard. “In the meantime, I really want to raise awareness about melanoma.”