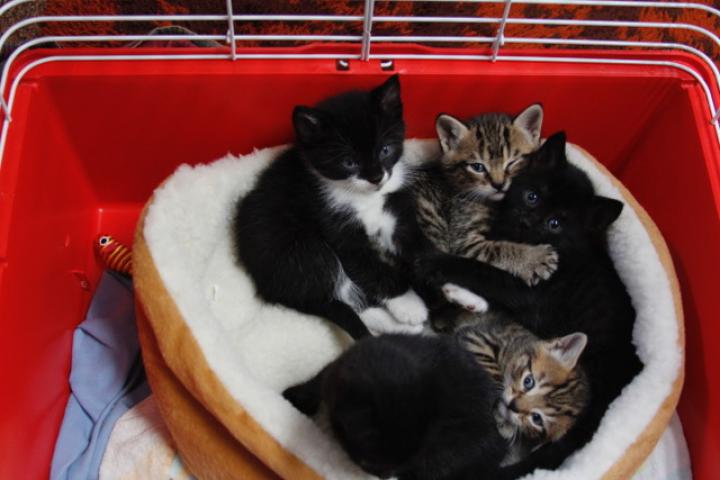 With Environment Canada estimating there are between 1.2 and 4 million "unowned" cats in the country (that includes both strays and ferals), there is still a lot of work for national cat advocacy groups to do. But with over 12,000 cats spayed or neutered since its formation in 2010 and hundreds of volunteers working with its component organizations, the Toronto Feral Cat Coalition (TFCC) has decided to celebrate its accomplishments with a members-only get-together June 8 at Toronto's Dominion Pub. Former Vinyl Cafe pianist and music director John Sheard is scheduled to provide entertainment.

TFCC's other significant accomplishment was the opening in 2012 of a Recovery Centre for newly-spayed/neutered kittens and cats in a City of Toronto complex in Scarborough. The Centre also redistributed over 50,000 pounds of donated food in 2017/2018.

Penny Cookson, the director of Community Cats and Toronto chair of the Toronto Feral Cat Coalition, spoke with Samaritanmag about the challenges of uniting organizations that were sometimes at odds, the importance of volunteers, and the lessons other Canadian cat rescuers can take from their example. 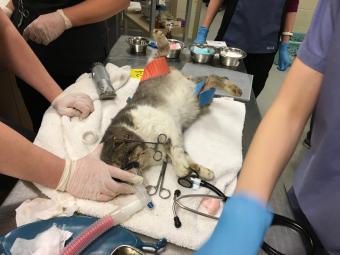 How did the Coalition form and why was it needed?

The Coalition formed because the City of Toronto obtained a capital grant for [approximately] $250,000 [in 2009]. And there was a counselor, Glenn De Baeremaeker, and he has been an avid supporter of Toronto Animal Services and was able to get that money directed to them. They used it to expand their spay/neuter facility [in 2010].

After that was ready to go, they wanted to make sure those facilities were used appropriately, and they offered some of that free time to spay/neuter feral cats. So they contacted various people that they knew had been involved in helping cats for a long time, and one of them was the woman [Deborah Chalmers] who had started the Toronto Feral Cat Project, and then she brought me on board. And obviously Toronto Cat Rescue had been involved for a long time; Toronto Humane Society, Annex Cat Rescue was there. There were volunteers or people who had been phoning the city saying, 'What are we going to do about these cats who are wandering around the city?'

Give us a sense of how the coalition works and how it has been able to prevent members from stepping on each other's toes, in terms of jurisdiction or responsibility.

It was kind of a shake-out of the people. And I was actually looking at the agenda for the first meeting [recently], and there were probably about 30 people at that first meeting. Some of them just dropped off naturally. The model for the Toronto Feral Cat Coalition was based on the [New York City Feral Cat Initiative], and what it is is a coalition of organizations that can bring volunteers to the table to be able to address the problem.

The goal is to have a depth and breadth of members who bring different skill sets to the table. For example, Toronto Human Society and Toronto Animal Services bring the physical facilities for doing spay/neuter. Toronto Cat Rescue, Annex Cat Rescue; they bring larger groups of volunteers who can help manage some colonies, [and] can also provide some support to people who are already feeding cats in their backyard because they have that experience of doing rescue. Animal Alliance brings in administrative support; they've been doing our minutes for 10 years, coordinating meetings. And the organization that I'm part of, Community Cats Toronto, we take care of the education. So we offer training to colony managers, but we also look after the database of cat colonies in Toronto.

And it just worked itself out over time. When we started out, we [asked] what can each organization do and what can it bring to the table? As we learned and grew more, some groups figured out they couldn't do what they thought they could; other groups stepped up to the plate. Some things we're still working on. There are always challenges.

In your view how successful has the coalition been over the past 10 years, and how do you measure that success?

Through the efforts of all the coalition members, at the last count, I think we're well over 12 or 13,000 cats spayed or neutered for free through Toronto Street Cats, Toronto Humane Society, Toronto Animal Services. Out of all our colonies there is an average of eight cats per colony. It's just kind of mindboggling how many cats we've helped from that perspective, in stopping the production of kittens. 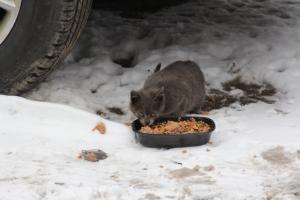 As a coalition we've worked together to form the Recovery Centre. We're the only city I know of that that has a recovery centre just for feral cats and to coordinate other coalition programs.

And now colony managers are connecting with one another. We have a group of eight or 10 that are in the northwest corner of Toronto, and they all work together to help each other out. They meet probably about three times in the last year to have breakfast, to exchange ideas, and support each other. That was completely unheard of 10 years ago. And that's happened in several areas [of the city].

We've also been asked to help in other communities. Toronto really has been the role model for other communities as to how successful T-N-R [trap-neuter-return] can be. We've taught Lindsay, Peterborough, Brockville, Barrie, Sudbury, Simcoe, Goderich. And the fact that those communities are looking to us for expertise we consider a success.

Volunteers are at the heart of all cat rescue organizations. How can people become involved and what kind of volunteers do you need?

They can go on the coalition website and find out the members. Because we're all individual organizations that are tapped out with resources, sometimes that website is not as well maintained as it could be. What I would recommend is to look at an organization that excites them - because you don't want to volunteer for something you can't get excited about - and apply to be a volunteer at those organizations.

For me I have great admiration for people who can do fostering and rescuing. I would be terrible at that because I would have a very difficult time letting go of a cat. And I know it's not something I would want to do because emotionally I couldn't handle that. But I love education and I love helping people working together to solve a problem. So for me Community Cats Toronto is the perfect organization.

What lessons do you feel cat rescuers and cat rescue organizations across Canada can take from the example of TFCC?

Not to be trite but obviously the benefits of teamwork. I think a lot of communities are getting on the bandwagon. We just maybe got started a little earlier.

It was reported recently that some 300 cats were discovered in a North York apartment. Toronto Cat Rescue helped take care of some of those cats so we know there is a need for your services. What do situations like that make you think about the need for organized cat rescue organizations?

They're really critical. And you could put that down as another success factor because we all work together. Recently, too, there was a house with 130 cats in it. Those cats were helped between TAS, THS, Etobicoke Humane Society, Toronto Cat Rescue, Annex Cat Rescue. Because we all work together in one area, we all know each other. So it's easy to reach out to somebody you already know.

What are TFCC's goals over the next 10 years?

We did a strategic planning session a couple of years ago, and right now our focus has been on just getting the program up and running and working as a team. We've talked about focusing on one geographic area so we can get results in that area. Expanding our use of our database, and getting more results and more data out there.

And the one thing we've been working on from the beginning that we still haven't been successful at is to get funding for one or two full-time coordinating positions. We've done a lot with volunteers, but if we had just one or two full-time people who could dedicate 50 hours a week to it, it would just be exponential change in our accomplishments.

Well, I would apply for that job.