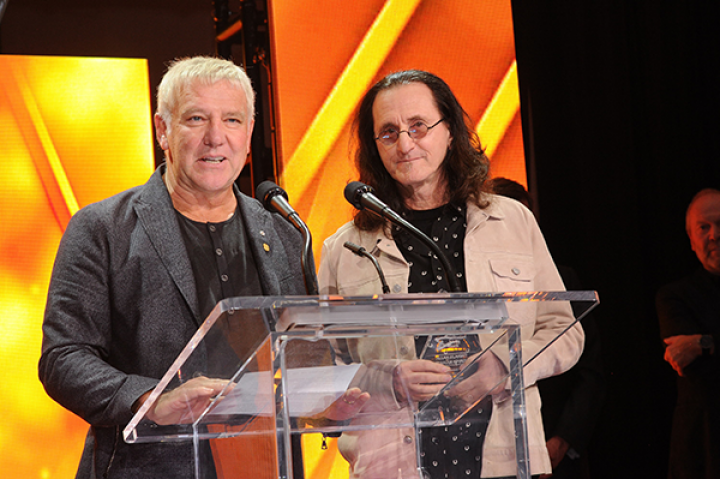 Rush may be loud onstage but the legendary Canadian rock band, which has sold more than 40 million albums in 40 years, is quiet off stage, especially when it comes to philanthropy.

The Toronto trio of singer/bassist Geddy Lee, guitarist Alex Lifeson and drummer Neil Peart have given to and performed for innumerable causes, big and small, from disaster relief to cancer to hunger to the environment.

The honour came with $40,000 from the Slaight Family Foundation to be donated to the charity of their choice. They selected the Gord Downie Fund for Brain Cancer Research at Sunnybrook Foundation, set up by the singer of rock band The Tragically Hip who has been diagnosed with the disease. Rush also announced it will match the amount.

In presenting Lee, Lifeson and Peart (who was not in attendance) with the humanitarian award at the 35th annual Canadian Music & Broadcast Industry Awards April 20, Gary Slaight — Allan’s son, and a long-time music executive and philanthropist— summed up the band’s viewpoint in his introduction:

“A reporter once asked Geddy Lee why Rush don’t publicize their charitable acts. He replied, ‘We focus on our work and get publicity for the work we do. What we do private is private.’ Well guys, we are here tonight to pull off that cloak of privacy.”

Slaight then highlighted just some of the causes the band has been involved with in its 40 year career:  Alberta Flood relief, Winnipeg Museum of Human Rights, Toronto Second Harvest, AIDS research and UNICEF.  “For their last series of tours, the band donated one dollar for every concert ticket sold to various charities,” he added. “That initiative alone has raised over $2 million.”

Lifeson did most of the talking when the pair took the stage to accept the award. Calling it a “most humbling recognition,” and acknowledging the Slaight Family Foundation, the guitarist, not unexpectedly, took the focus off the band and onto us all, giving us a nudge — if we don’t already — to make a difference.

“Seldom in our times have we felt a greater need for the humanitarian spirit than now, with the rising voices of fear and distrust becoming more commonplace. Anger and hatred competing with love and compassion. It is more crucial than ever to champion the basic principles of human welfare,” he said. "We are all capable of promoting these ideals and see it in the courageous spirit of Malala Yousafzai or the unwavering spirit of so many other human rights champions. We are all capable of doing something, grand or humble to further our moral obligation to make the world a better place for all. It should be every person’s hope and intent to follow in the steps of those who lead us in a direction towards compassion, empathy and care for many in need of a helping hand and a gentle pull up. Thank you very much.”

“Just what he said,” Lee said. “I agree with all that. And on behalf of Neil [Peart] as well.” 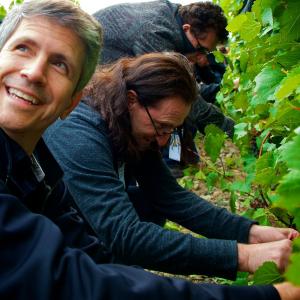 In this exclusive interview with Samaritanmag, Lee and Lifeson sat down to talk about the award, why they selected Gord Downie’s fund, why they prefer to keep their charitable giving mostly quiet and what’s next.

Gary Slaight just mentioned how the first charity concert you did was at Maple Leaf Gardens for the United Way. It’s cool how this award is kind of full circle.

Lee: That was our first introduction to that whole world because we had just started to become successful and our manager [Ray Danniels] came to us.  We get a lot of credit for that stuff, but it was really our manager that came up with a lot of the ideas so he shares in this. So he suggestion it; he had a relationship with the Slaight family and said start doing this kind of thing. It felt good to do it.

You have kept your philanthropy relatively quiet. Sure the organizations promote it, but would you have done things differently, knowing now the impact that you have on encouraging fans to follow suit?  Look at what Gord Downie has done since starting the Gord Downie and Chanie Wenjack Fund. Now the whole country knows about reconciliation and residential school horrors. Would you have done it differently and been more public?

Lee: An impossible question to answer really. Everybody acts in accordance with their own temperament and their own personality. Gord is an amazing guy and he’s doing things the way he sees it and we’ve done things the way we see it. We’re very reticent humans in the public sector. So if it all happened all over again, I can’t see us behaving much differently [laughs].”

Lifeson: No, no.  I think it would be exactly the same.

Lee: If one of us finds an idea that’s worthy, and then we all go, ‘Yeah, I agree,’ we do it, and that’s really what it’s about.

Samaritanmag was started as an anti-tabloid, an antithesis to the gossipy news of a TMZ and Perez Hilton and we’ve discovered pretty much every musician we interview has a cause. They might not have a foundation, but something is important to them. People are becoming more open to discussing it, but you’re not the only ones who keep quiet. Bryan Adams is another. There is something uncomfortable about talking about giving, right? Is it viewed as bragging?

Lee: Publicity about giving, it’s not why you do it and it feels awkward.  This is awkward — because it’s just a personal thing. You want to give someone a hand.  I don’t think Alex feels any differently. I don’t think he does.

Lifeson: No, I feel the same way.

Lee: And shouting out about it, I understand those that are championing causes that do not have enough public awareness. And so they need to raise public awareness and that’s why they step out and start doing that. I get that. But there’s a lot of people in the world that need help. They don't really need awareness; they need dollars and cents. So we tend to those causes. Sometimes they’re very small, but what you donate, you see a direct impact on their lives, and that’s gratification for us and it’s helping them.

There is an organization co-founded by one of the touring members of Arcade Fire called Plus 1 that allows artists to simply add $1 to the concert ticket price and it goes directly to the charity of their choice. This is something Rush has been doing for years on its concert tours and has raised $2 million.

Yeah, again, it was a conversation initiated by our manager.

And you still do that?

We did it up until the last show that we’ve ever played together. Every leg of a tour we discuss what cause it’s going to go to because we all have different interests and different people that we want to help. Sometimes it’s Grapes of Humanity; sometimes it’s cancer. It’s endless the people that need help.

Talk about your choice for the $40,000 that comes with the award to go to the Gord Downie Fund for Brain Cancer Research (at Sunnybrook Foundation).

Lee:  I lost a friend to brain cancer and it’s close to my heart and we’ve all been touched in our families by somebody that has that illness. And we’re all still heartbroken over Gord. So it was an opportunity, and it’s sort of in the air what Gord is doing, so it just seemed like the right timing to try to help.

He’s also started the Gord Downie and Chanie Wenjack Fund for reconciliation (to bring Indigenous and non-Indigenous Peoples together).  I feel that’s probably the most important issue in Canada right now, the things I’m discovering about residential schools; it’s like our dirty little secret. The problems Indigenous Peoples face all stem from those residential schools that we never learned about in history class. I’m sure in your 40 years as a band, that wasn’t an issue as a cause or charity?

Lee: No, we were as ignorant as most people.

What do you think about what he’s doing to bring that to light?

Lee: It’s fantastic, especially at this time in his life to be pouring so much energy into doing something like that. He’s a real Canadian hero.

Lifeson: He truly is. 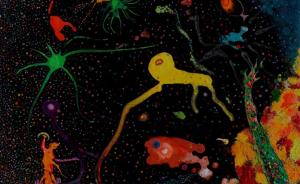 [To Alex] Will you be doing another painting for Brush of Hope for the Canadian Kidney Foundation?

I plan to. The auction is in November. So I have time. I’m thinking of starting a little earlier this year and maybe doing a couple. I’ve been doing it for a while now. I want to say 10 years or close to 10 years. My father had renal failure, so there was a connection with the Kidney Foundation right from the start. It’s been a fun program and it’s been quite successful for them as well.

So it’s been 10 years; you’ve done 10 paintings? Are you noticing you’re improving, year after year?

Lee: I was going to say, I bought his best yet [laughs].

Lifeson:  He did [laughs]. They’re different. I’m glad that it’s changing. I’m not trained in any way but it’s just in the moment, a creative outlet. The subject always changes, every year [laughs]. It depends what I’ve been thinking of that day.

Lee: He did this painting of the two of us getting drunk in Paris one night.

Lee: I really had to fight a couple of bidders off to get it, but I persevered.

That’s awesome. And Grapes For Humanity has wine-related events to raise money for various causes. Philanthropy can be fun.

Lee: We hope to have another one this coming fall, another harvest event.

Congratulations and thank you.