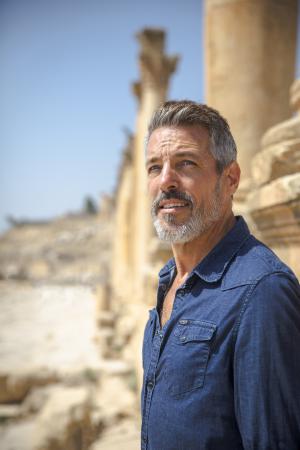 Bill Bell kicked his own black dog two years ago and remains focused on keeping it away.  He’s replaced a rock ‘n’ roll lifestyle with one of abstinence, sobrierty, vegetarianism, meditation and yoga.

The Toronto guitarist, who has played and recorded with Tom Cochrane for 25 years, Jason Mraz for 15, recorded albums with Alex Lifeson, Lawrence Gowan and Ian Thomas, and produced such artists as Justin Nozuka, Jimmy Rankin, Danko Jones, Marc Jordan, Shaye, and Cochrane and Mraz, was also diagnosed with situational depression around the same time.

Then, after a breakdown last April, he sought professional help through the Unison Benevolent Fund, a non-profit aid organization for members of the music industry, and things started looking up.

Now Bell wants to help others. He has created Kicking The Black Dog on Instagram, hoping to build a community of encouragement and positivity. "Together we can heal each other," it says on the page. The logo is a menacing black dog. While it’s only been up a couple of weeks, and only has 180 followers, he has noticed it’s the females who tend to engage. He’d like to change that too.

“I’d love for more men to share their stories,” he tells Samaritanmag. “There are so many men out there hurting and afraid to talk, afraid to be shamed. Break through the fear and vulnerability and speak out. You can make a difference with your story. Your story can be the road map other men use for their recovery. You can be the change”

Samaritanmag spoke with Bell about Kicking The Black Dog, its focus, how he’ll stop trolls, and his hope for a web site and global community.

Why call it Kicking The Black Dog?

I got the idea because black dog is a common reference for depression. I googled it and realized that Winston Churchill made it famous, although I don't think he's the first one to use the term. Kicking the black dog is kicking the habit, kicking the addiction, kicking that black dog out the door.

Can you kick out depression?

I'm not a professional. This site is for general depression and recovery. If somebody needs a lot of help, then they have to go to their therapists or to a doctor. This is for people with simple depression and, of course, addiction, just looking for a roadmap and looking for inspiration.

Is this because you couldn't find anything like this for yourself when you needed it?

Yeah. This isn't supposed to take place a of therapy because, again, I'm not a professional, so I don't want to give advice to anybody. I wanted this to be community-based because when I was going through my hard times, I was going online and there's places like Reddit, where you can find people's stories, but I wanted one database that would have a hundred to a thousand stories of people sharing their experiences of hope. I wanted something solution-based because a lot of the stories read like train wrecks; there was emotional debris everywhere. There wasn't a lot of stories on what they did to get better. So when people submit their stories [to Kicking The Black Dog], my theme is always hope and inspiration and solution-based.

Are there ground rules? How do you monitor it?

It's a brand new site, so obviously kinks are going to be ironed out. The fact that it's a community site, I would love people to submit their own memes, what this meme meant to them in their recovery that made them feel better and why it made them feel better. Then when they ask me if they could submit a story, I say the theme of the story and they have to keep it short because it's in an Instagram format. I believe it's 300 words. So your story has to be short. You could share as much or as little as you want. It doesn't have to be tragic. I'm really looking for tools on what they did to make themselves feel better, whether it's music they listened to, creating art, going for walks or a book that they read. Just something that somebody could read and get a little bit of inspiration. 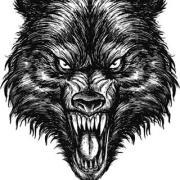 How are you reaching people?

Right now, it's word of mouth. It's all through my followers. Hopefully, it might catch on. I'm committed to doing this at least for the next year and get some followers. Again, it's just a really nice website to visit, just get some information and feel good. I post twice daily.

You say it's a nice website, but we know that online are a lot of not nice people who like prey on the weak and troll.  It’s a lot of responsibility to operate a site like this because people are sad and vulnerable.  What will you have in place to make sure that people aren't bullied or put down?

I moderate it myself. I get notifications. That hasn't happened yet. Everybody has been really nice, but I understand what you're saying. There are people that might want to challenge it and be negative. I'll have to cross that bridge when I get there. My quick answer would be if there's a conversation to be had with the person that's being negative — because there's always a learning experience — then I would welcome that conversation as a teachable moment. But if somebody is coming on as a troll, I would block that person and just delete the comments.

What are your favorite memes or sayings or quotes or words of encouragement?

The one that I resonate with right now is ‘Self-love: It costs nothing, but you gain everything,’ because my personal belief is with self-love you can overcome addiction and depression, but it takes time. I really want to stress to people that I look at mental health like going to the gym. If you want abs, you can't go to the gym and workout and expect to have abs in a month. Your mental health is same thing. People say, ‘Well, I have a therapist and I've been doing yoga and I've been trying meditation.’  And I say, ‘How long have you been doing these things? ‘They say, ‘Two weeks.’  And I say, ‘Stay on it and after six months I guarantee you're going to feel better.’

Exactly. ‘I'm smart enough, and gosh darn it, people like me.’ But that's a part of this. Self-love is that anything that doesn't serve your journey to your own happiness you have to be ruthless and cut those things out. That's toxic people. That's movies and music and media. You have to retrain and reprogram your life in order to get to that place that you want to get to.

You shared a 2017 TED Women video by Jason Baldoni on your Facebook about toxic masculinity, certain expectations are put upon boys and men to act a certain way. Be tough. But that can lead to them not seeking help or opening up and potentially suicide.

They're afraid to talk about it. That's one of the main things about talking to men and saying there's actual strength in vulnerability, that once you talk about your issues publicly, it takes the power away from that dark thing that's been bothering you because everybody feels it and everybody has that in common. There’s nobody on earth that that is exempt from being sad and depressed.

Male songwriters in certain genres often write beautiful, sensitive material about a breakup or being completely in love and devoted, and yet in their private lives often feel they can't go to each other and open up.

I played for over 15 years with Jason Mraz and he's almost like the quintessential wedding singer now because he writes such beautiful love songs. Here's a man that's really in touch with his feelings and his mission statement now, as an artist, is about love and acceptance and spreading that energy. He's all about that. He's one of the champions of the love movement.

You talk about the love movement…

People can roll their eyes, but the alternative is worse, the Trump-era where everything's negative and people can lie and do all these terrible things. That's why I feel there's a rising consciousness, a peaceful protest against the politics that's happening and the shootings and the racism, if we can get more people talking about love and self-love.  I think John Lennon had it right with love is the answer [a lyric in ‘Mind Games’].

A long time ago he had it right. Still the same question.

But again, it's a war that's happening, but it's a peaceful protest. You live by example. People say, ‘Well how can you change the world?’ And I believe that you change it one person at a time. If that person shines their light and is positive and spreads their own love, it's infectious because babies are born geniuses [quoting late theorist/inventor/author Richard Buckminster Fuller] and babies are born full of love. All these things are taught as they become older, whether their parents are racist or whether the parents are mean or whether they have great parents. Another meme that I love is ‘the programming that you received as a child is not your responsibility, but now as an adult it's 100 percent your responsibility to fix it.’ And it is. Now you have to deprogram yourself from all the negative things that you've learned and find that childlike love inside of you again and that acceptance.

You want to build the Kicking The Black Dog community on Instagram and then what?

I bought the domain for a future website. If somebody wants to help build a website, they're welcome to do that because this is a community-based site. I'm looking for people to get involved and share ideas on how to make this a worldwide phenomenon and have thousands of people involved, all different languages of sharing stories and experiences to help other people.