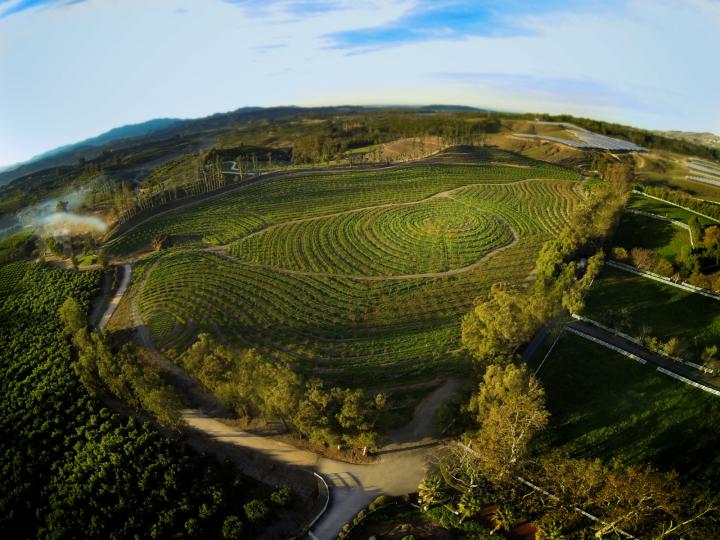 Even cinephiles could count on two hands the number of documentaries that became bona fide critical and commercial hits effectively sparking wider discussion; one hand if Michael Moore’s oeuvre is subtracted.

Yet The Biggest Little Farm — gets set to open in Toronto and Vancouver on May 17, expanding across Canada on May 24 — is poised to bust out at box offices globally. Most compelling about that fact is this one: the first-person doc is a wildly entertaining yet unequivocal clarion call for living in concert with nature, and arrives at the very moment the world’s fading environment could use some innovation.

Alarming scientific climate-change reports only go so far. If you want to galvanize cynics — not to mention children — show them a pig and her rooster BFF, or adorable puppies herding lambs, or a squawking flock of geese gleefully eradicating a pest problem. Then show a massive, encroaching wildfire. It’s easy to see what’s at stake.

Filmmaker  and farmer John Chester doesn’t consider himself an environmental activist but he sure can talk like one. Along with wife Molly, Chester created California-based Apricot Lanes Farms, both as an ode to nature and as an actual business. Their transformation of parched earth into environmentally sound and sustainable agricultural utopia over nearly a decade is stunningly chronicled in The Biggest Little Farm.

As the L.A. Times noted recently, “John and Molly Chester are living [a] dream: They left behind their day jobs in L.A. — as a docu-series director and a personal chef, respectively — and have spent the last eight years turning the dry, nutrient-depleted dirt of a former horse ranch into a self-sustaining, biodynamic 213-acre farm that produces fruit and vegetables for some of L.A.’s trendiest restaurants and freshly laid eggs that sell out in minutes at local farmers markets, and embraces topsoil practices that are said to help combat climate change.” 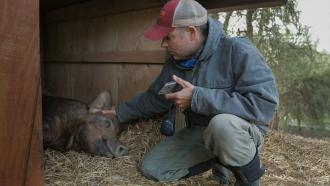 Pretty impressive stuff. In addition to its myriad resident animals, fruits and vegetables, Apricot Lane produces spin-off products (oils and marmalades). The farm employs many and serves as a coveted stop for volunteers serving the World Wide Opportunities on Organic Farms, who toil in exchange for room, board, education and experience. There is also an educational component geared to youth (see below).

Of course, none of this came easy, and that tension propels Chester’s doc, which shows moments of incredible emotional, physical, and economic stress and heartbreak alongside all those glorious visuals of emerald crops and frolicking piglets.

As The Biggest Little Farm gets set to open in theatres, Samaritanmag spoke with John Chester about his award-winning and universally acclaimed film, and what it could mean for aspiring environmentalists and back-to-nature farmers everywhere.

The film has been on the festival circuit, and you obviously have press commitments. Are you still running the farm day-to-day?

Yes. I’m at the farm right now. There is the regular work and we have a four-year-old (son Beauden) running around. So it’s crazy but I have been given a bit of a pass to promote the film.

Was there a specific moment when you realized the film was going to be a hit?

I have been in the documentary film business for a while. At the very first screening, which was attended by a bunch of documentary producers and filmmakers I really admire — and who also happen to be a very jaded bunch — they were all crying afterwards when I walked out into the lobby. It was at the same time the Variety review (a rave) dropped. I thought, ‘Oh my gosh, we have maybe done something on the level of profound.’ It was quite the rewarding moment.

You obviously had been gathering footage from the very beginning. Had you always conceived of this film in tandem with the emergence of the farm?

Yes and no. I am a documentary filmmaker and I just always shoot, but I didn’t really think there was a story. I even resisted the idea of this being a film… but I gathered footage along the way. At about year five, I started to see how different players in our ecosystem were weaving this thread of biodiversity and helping us solve greater agricultural issues, like avoiding epidemics of pests and disease. The other thing was, Alan (York, the Chester’s agricultural advisor without whom Apricot Lane Farms would likely have failed) used to always say, ‘I know you gave up filmmaking but you should be shooting this crap!’ He really believed the land would be transformed. It was already kind of pretty to me but that’s how naïve we were; we didn’t know how depleted it was. But Alan knew transformation was coming and that we would regret not having before-and-after moments. 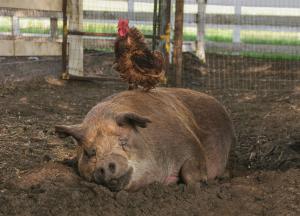 What was the hardest thing to get right with this film?

I knew for sure that polarizing essays about right and wrong was not going to have the same level of effect as having people dive into a world they become deeply in love with. So I knew I had to tell a story without creating that polarizing element inherent with environmental films. My goal was to share this discovery. So that dance was difficult. I thought I learned a lot about humility and the constant failure that comes with farming. I thought that would be the extent of the humility. But watching the film, I think genuinely reflecting our failures on screen, even when they were embarrassing, was a part of the process that really evolved over a few edits. I was in denial about certain stuff, for sure. I was skeptical about Alan. I wanted to believe this was possible but my skepticism wasn’t in the first edit or two. I had to put that in because that’s something Molly had to deal with in me. And the film got better because of that.

Do you consider yourself an activist?

I’ve never been asked that before. I consider myself part of a species that lives on this planet and is a force of nature. I acknowledge our force and that, unconsciously, we are capable of incredible destruction. Consciously, we can reverse the destruction of our past. Only through our ignorance have we arrived here, where we have lost a third of the world’s topsoil, and deforested 46 percent of the trees. Our exact role in climate change… I can’t see how anyone couldn’t see the impact of the force of human nature and its effect. We have an opportunity to procure the most precious part of our planet for future generations. And that is soil. It is the grand alchemizer of death, turning death back into life to feed all life. And it’s that flywheel that we’ve misunderstood and worked extractively from, not regeneratively with. If that makes me an activist, I guess that’s what I am. But I see myself as a farmer who is trying to collaborate with the ecosystem that provides us with life.

Have any environmental groups attempted to draft you as an evangelist for the cause?

Not formally but I’ve been very clear about where I stand on things. Everything you need to know about the way I feel is in the film. The way you love something is to show an appreciation for its complexity and purpose. Without understanding its purpose, why would you want to protect it? We’re not going to be scared into that protection. It’s going to turn on affection. People like [animal rights activist and vegan advocate] Gene Baur of Farm Sanctuary as well as climate scientists have been to the farm. They’re trying to understand the perspective of the farm; where they can dig a little deeper to discover how their worldview fits in with the needs of soil and nature. It’s been cool having those conversations. We need that grey area in the middle to be a place of innovation for all sides. Earth is a very complex thing and its’s 4.5 billion years ahead of us. We can’t pretend to fully understand it. 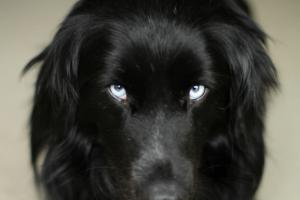 Let’s talk about the educational aspects of the film. There are opportunities for kids to see the film and talk about it, right?

Yes, we have downloadable curriculum guide for teachers on the site now (which includes hands-on pre-and post-screening classroom activities) and there is going to be an activity kit for younger kids. We’ve been able to offer free tickets to schools and community groups. Plus, the film is playing theatrically around the world, in Germany, France, Belgium, the Netherlands, Japan, New Zealand, Australia… the list goes on. After those theatrical runs it will be available on streaming platforms and then I hope there will be a third life for the film for schools and educational purposes. We are already getting requests for that which is great. I think we all know third-graders are the ones who are going to change the world. They stopped us from smoking, they made us wear seatbelts, and they got us recycling. And they’re going to make us compost and buy food from regenerative farmers (laughs). I know it.

Box office and critical reviews are important metrics for success but they’re not the only metrics. What will success look like for you with this film?

I’ll tell you, when I am able to see what it does for older people and especially younger people — when I see how it cracks their hearts open in a way that allows nature and connectivity to it come in — I feel like the film has done its job. I’ve seen that happen already and if it all stopped tomorrow, I’d be Okay. Everything happening now is just a bonus.