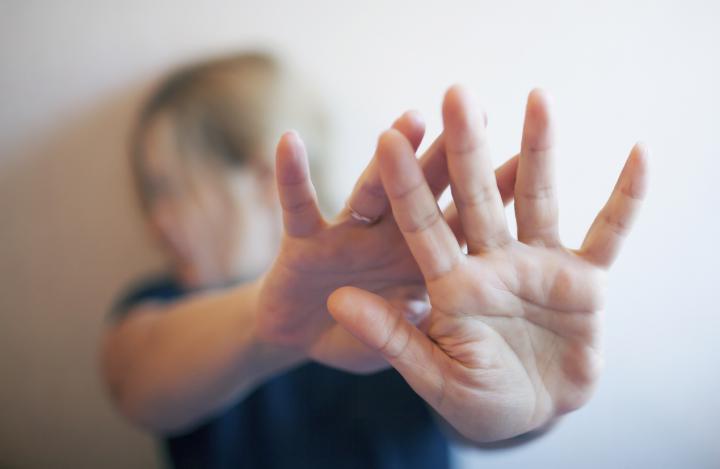 The COVID-19 pandemic has forced governments to plead with populations to stay home to be safe, to avoid contracting or spreading the deadly virus. But for some, their home isn’t always a safe haven.

For victims of domestic abuse, the stay-at-home directive means being forced to spend more time with partners who might be experiencing heightened levels of fear, anxiety, and anger during this pandemic, some of whom might take that out on their significant other.

According to Statistics Canada’s most recent collection, in 2016, just over a quarter of all violent crimes in the country resulted from family violence, and 67 percent of family violence victims were women or girls.

Laura Winters, executive director of St. John's Status of Women Council/Women's Centre,  a self-described “feminist organization” set up in 1972 in Newfoundland “to achieve equality and justice through political activism, community collaboration and the creation of a safe and inclusive space for all women in the St. John’s area, tells Samaritanmag, “There’s a huge amount of research that shows that when there's an economic crisis, rates of domestic violence increase.

“When you look back at what happened during the 2008 economic crisis, we saw that in the U.S., the rates of domestic violence skyrocketed. And this pandemic is really having an economic impact. So that's one piece of it. And then when there's societal stress in general, you also see rates of domestic violence increase in times of uncertainty. What we're hearing from women who are reaching out to us is that the pressure in their homes has increased, the level of explosions has increased.”

Samaritanmag chatted with Winters to get more insight about how the current crisis might be affecting victims of domestic abuse.

How has the pandemic affected incidents of domestic violence in Canada?

Canada’s domestic violence shelters have been reporting increases in the number of women seeking shelter. We have definitely seen the numbers rising. At the Women's Centre, we provide supportive counseling and support services for individuals, and we've seen an uptake in our services. We keep stats on what women are calling for, but we don’t provide domestic violence stats for the province; they generally come from the police. However, I would argue that those numbers are always hugely underreported. That's what the research shows. So even the numbers we have at the best of times are inaccurate.

We're always talking about the fact that there's so much stigma around domestic violence; that's why women often don't report or don't come forward, so we're always trying to remind people that women who survive these circumstances are strong and have an incredible amount of skills to do.

Here in Newfoundland, we're probably a couple of weeks behind in terms of where we're at with the pandemic compared to Quebec or Ontario. I know that Newfoundland police have come out to the media to say that we haven’t had an increase in calls or reports, but the problem is that it’s probably harder for women to call police given the situations they’re in, in isolation, where the abuser now has more power and control over the victim of abuse. And then the other piece is that sometimes reporting happens by third parties, including friends, family, coworkers. And since most of us are staying home, the capacity for third-party reporting will be decreased.

How are women in self-isolation reaching out to you, if the abuser is in the home with them?

Some women who normally would call us are emailing. They're saying, “I'm working from home and I'm only able to reach out to you right now because my abuser is working in the other room and he thinks I'm working.” So we're contacting women through means other than the phone sometimes when the phone isn’t safe for them. And I think I want to highlight that that really just shows the huge amount of resourcefulness, skills and intelligence that women have to navigate these circumstances. They’re experts on how to keep themselves safe, how to navigate the situation to the best of their ability.

What kind of help are you providing for them?

The support we offer is really about helping women develop safety plans. We also look at what skills they already have and provide support around that because we know that the women are experts for keeping themselves as safe as possible.  Our organization now provides telephone support. We usually provide walk-in support. Our sexual assault crisis and prevention center is a provincial body so that crisis line is very much available. And the transition houses themselves have crisis lines so if you're in a certain region, you can call those. What the Women's Centre has done is make sure that there's more capacity and staff are free to be able to offer one-on-one support for women.

We also run a right here-right now counseling program, which is walk-in counseling and it’s the first in Canada. It’s a trauma-informed women-centred therapeutic program and it’s single-session therapy so it's very much about women coming in to talk about what they might be going through during that session. It's a single-session model. They can come back and access the services again, but each time, it might be a new counselor. That's a big piece of the work that we do regularly and we've just been shifting to do that work over the phone rather than in person.

Are shelters still open during this highly contagious pandemic?

Thankfully our shelters are still open, but they're operating differently. So maybe some of the capacity might be reduced, but we're lucky to be well connected in the community. Our governments are also running COVID-19 task forces with the community around how to respond to these issues. They’re working on a plan for what happens when the shelters do reach capacity. And if somebody is sick, how do we navigate those things? Provinces are very much in a planning phase with that right now. And we're really thankful that thought is being given to the situation of domestic violence. We've had a daily briefing in the province here and the premier was asked about this during one of the press briefings so it's an issue that's being paid attention to.

What advice do you have for women in these abusive situations while dealing with the added stresses and best practices of COVID-19?

We know that the circumstances are dangerous and some women are already walking on eggshells in their own homes to begin with. When you think about the circumstance of physical distancing and isolation, that really is an abuser's dream, to have 24-hour access to the woman that they’re abusing. But we do know that women use their creativity and go to great lengths to keep themselves and sometimes their children safe. So safety planning is really what it's all about. I've heard women say that they stash money away or if they're unable to store cash money, maybe when they get their groceries, they buy a grocery gift card so if there's financial abuse going on, the abuser won’t notice if there's stashing money away via gift cards. So women get creative and plan for their future in little ways like that.

Women talk about having bags packed with important documents for them and their children so that when the time comes, they're able to leave. I think there's a big stereotype or a stigma attached when people ask why doesn't she just leave? We're always trying to push back on that to say women know when it's safest to do so, and there’s a million and one valid reasons why a woman can't just get up and walk out of that kind of circumstance.

Some of it might be financial, it might have to do with the psychological and emotional abuse going on. Or again, the safety piece. We also know that when women leave, that's when the majority of women who are actually killed in these situations, that’s when it usually happens, after they leave. So that's the most dangerous time. Again, women are the experts on what's safest to do and when. So we never pressure anybody to get out of those circumstances.

What can someone do to help women they think might be in abusive situations?

When we have people call us to support people for women experiencing abuse, what we say is, what women need is unconditional support right now. They don't need extra pressure. They don't need you trying to control their situation because they've already got somebody very much doing that. So they need to be heard, believed and supported. They need to know about resources that are available to them. Women need to know that you're there unconditionally and that you’re not going to judge them or any of their choices, that you truly believe that they know what's best for themselves. So those are the kinds of messages we give to support people because we do get those calls from friends or coworkers, saying, “I've got a woman in my life who I think is experiencing abuse."

Here is a directory of victim services, via the Government of Canada's Department of Justice. If you are in immediate danger, please call 9-1-1.