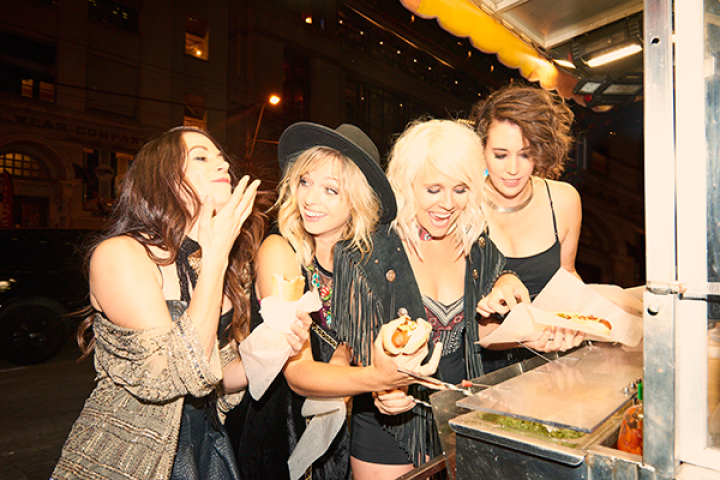 Humour is a highly effective and often subversive way of making a serious point, as any late-night television viewer can attest. Yet that strategy seldom crosses over into contemporary music, where scorching polemics seem to be the preferred approach. 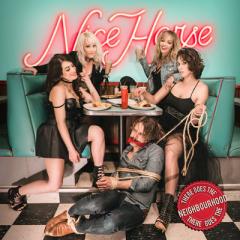 Not so for Calgary honky-tonkers Nice Horse, whose kinetic new single, “Mansplainin’” — lifted from their ace full-length debut, There Goes The Neighborhood — raucously skewers the kind of casual, everyday sexism that, unchecked and writ larger, courses through institutional harassment and misogyny of the type currently and correctly being thumped by the #MeToo movement.

Opening with the lyrics, “Boy this skirt don't make me stupid/ Did I ask for your advice” before surging into the chorus, “Let me stop you right there/ you honey me again and I swear... / I built this truck from the axel up / and know every damn part under there,” “Mansplainin’” is an unambiguous battle cry against patronizing comments routinely dished out to women by men, often (and at best) thoughtlessly and under the guise of being genuinely helpful. Ergo “man-explaining…” get it?

What makes “Mansplainin’” such a breezy, foot-stomping corker despite its message is Nice Horse’s sassy, rapid-fire delivery (propelled by the quartet’s tightly wound harmonies) and the song’s rollicking instrumental propulsion via Katie Rox’s banjo, Kaley Beisiegel’s guitar and the airtight rhythm section of bassist Brandi Sidoryk and drummer and Krista Wodelet.

Calling out knuckleheaded real-world behaviour in song while remaining upbeat and accessible — and not alienating half your audience — is a delicate task. But Nice Horse trot the line deftly (sorry, couldn’t resist). Samaritanmag talked with Rox and Wodelet ahead of the new single’s official release on, appropriately, International Women’s Day, March 8, where they will perform live — and unveil a new video, which sounds like appointment viewing — at Facebook Canada’s Toronto HQ, at 12 p.m. (EST), followed by a Q&A. The event will be livestream on their Facebook page.

Kim Hughes: The timing of the single is rather fortuitous. Happy coincidence?

Katie Rox: Kind of. We’d always had a few songs from the album in mind as potential singles. And then with what’s happening in the news, we were like, ‘We’ve got to release that song as the next single right now.’

At the same time though, there are issues women are talking about now that are much more serious than casual sexism at the garage.

Rox: That’s certainly true. But there are many different things happening right now and I think it’s possible to address both serious and less serious issues.

Krista Wodelet: We are talking about something serious, but trying to do it playfully, which is also how you can describe us as a band. We are all serious, driven, career-focused women, but we like to have a good time and you can tell that from listening to our record.

Where did this song come from?

Wodelet: Brandi, our bass player, is in the Navy Reserves where you just don’t see a lot of women. She has experienced ‘mansplaining’ there. I am a female drummer, which is fairly rare, and I have definitely been in music stores where a guy — not a music store employee, I should stress — but just some guy will come up to me and say, ‘Oh honey, you don’t need that. You need this.’ I’m like, ‘I think I know better than a complete stranger what kind of sticks I like (laughs).’

Rox: When we were recording our album, we’d often tell one of our producers, Jeff Dalziel, about instances we personally had with ‘mansplaining.’ He’d never heard the term before. He thought it was so funny and kept encouraging us to write a song about it. He ended up hooking me and Brandi up with Tareya Green (ex-Autumn Hill) and we ended up co-writing with her and with Jeff. It was great to have a man’s perspective. We are not man-bashing with this song. We are just describing a certain type of man who does this.

What sort of reactions have you had to the song?

Rox: We started playing it on tour last summer and it was amazing to watch the reaction. There are women whose faces just light up. They are like, ‘Yeah me too!’ At one show this guy came up to us afterward and said, ‘I gotta talk to you about that ‘Mansplainin’ song.’ We were like, ‘Um, yeah?’ And he said, ‘My wife’s gonna love it!’ Several men have told us their wives will start singing the song to them when they find themselves being ‘mansplained’ to. Again, it’s not a man-bashing song. Men react with smiles, and that tells me we told this story accurately. We are talking about a specific thing that can happen between men and women.

Wodelet: Plus, it seems to strike such a universal chord with everyone which is really gratifying. This has happened to everyone at some time, both women and men. Everyone has had a situation where someone is trying to tell them something that they clearly already know. And it always feels a little condescending.

What can you reveal about the new, yet-to-be-seen video for “Mansplainin’?”

Wodelet: It was a really fun one to do. I don’t want to spoil the surprise, but I can say we were influenced by vintage advertisements you’d see in magazines from the 1950s and 60s. There are some real gems like, ‘At least she didn’t burn the beer!’ We hope to also release the video on International Women’s Day.

In an ideal world, what will this song do? Maybe open a broader discussion?

Rox: I think the discussion is already happening. We are hearing the term ‘mansplaining’ more and more; the premiere of Alberta, Rachel Notley, used the term to describe a situation in the legislature. So, this song is our take on it.

Wodelet: But women are popping up more and more in professions that are traditionally male-dominated. Hopefully ‘mansplaining’ will become a thing of the past.