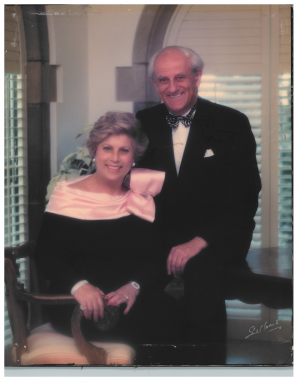 The Toronto Symphony Orchestra recently received the largest single private donation in its 97-year history. The estate of H. Thomas Beck and his wife Mary bequeathed $10 million to the TSO – and CEO Matthew Loden says the money will be used for a number of purposes, including the financing of some health and wellness concerts.

“It’s fantastic,” Loden tells Samaritanmag. “And the way they’ve given the money is unrestricted.  Mary and Tom Beck wanted to make sure that the TSO could use the money in the best way possible for the organization.

“In large part, what (the gift) helps us to do is become the cornerstone for our artistic and strategic planning going forward. It helps us to plan more for the future, but it also had an immediate impact on retiring some of our accumulated deficit, which is critically important.. In 2013, our accumulated deficit was $12 million  and now it’s $2.6 million. That’s fantastic compared to where we’ve been. “

Loden is also enthused about the opportunity this gives the TSO to engage in such health and wellness programs as “relaxed concerts,” designed to appeal to the autistic community.

“It’s a relaxed concert for anyone who may be neuro-atypical,” he explains. “We did a regular performance, but we changed the experience in the hall. We had a safe room and fidget spinners and we trained the orchestra in working with some autism specialists on trying to put on a performance for a very special group of people that never ever come to concerts.

“Doing more of those kinds of programs in the community is really important to us. It’s an important gift because it helps us to have some breathing room in order to pull some of those programs off.”

It’s also not the first time the TSO has encountered the generosity of the Becks; they donated $10 million during the orchestra’s earlier years.

Thomas Beck, a founder of electronic manufacturing giant NOMA Industries Limited, was — along with his wife Mary —  a TSO subscriber for more than 60 years and were founding members of the Music Director’s Circle. He sat on the TSO Board of Directors for 22 years and served as its Chair in the early 1980s.

In 2008, the Hungarian-born couple endowed the Concertmaster’s Chair currently held by Jonathan Crow.

The Becks traveled with the TSO on numerous tours, including one to the Arctic and frequently mingled with and opened their home to the musicians.

The legacy of Tom,  who passed away in 2015, and Mary, who died in 2018, and their TSO connection continue with their daughter Cathy, who currently sits as Chair on the Board and has served as a director since 2015.

Loden says a portion of the $10 million donation is earmarked for the musicians and new artistic initiatives such as chamber music, as well as growing the endowment for the Toronto Symphony Foundation. The money will also continue to support TSO’s mandate of community outreach.

“We work very closely with all of the GTA school boards and reach well over 30,000 students every year,” Loden explains. “Finding ways that we can deepen the in-school activities is important to us but we’re also partnering with Health Arts Society of Ontario in doing some work with seniors who are in long-term care programs; Autism Ontario, Sunnybrook Health Sciences Centre where we’ve done a number of performances.

“We’ve actually worked with Leadership by Design (for African-Caribbean Canadians)  and put a workshop together. High school students have come to a number of workshop programs and dress rehearsals to kind of see how we run things.” 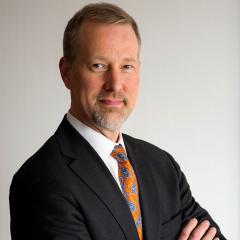 Loden notes that the TSO is interested in providing “a type of service to the people in Toronto who actually might be needy.”

“Some of the world’s most phenomenal musicians are in this orchestra,” he states. “And if we partner with the right people who have both their own contacts and their own particular expertise to work with seniors or the autism community or whatever it might be —  maybe it’s new immigrants —  then we can leverage all of the assets and provide a kind of service that I think is important and helps increase the impact of what the Toronto Symphony Orchestra can do, specifically for Toronto.”

Loden says the TSO is hoping to expand its relaxed concert program in the future and has demonstrated a flexibility by the TSO to adapt to specialized audiences.

“We didn’t change the music at all,” says Loden. “We very consciously decided that our job was to play the best music at the highest possible level because that’s what the TSO does. But what we did radically shift was the front-of -house staff and the ushers. We created space in the hall itself and encouraged people to get up and walk around if they wanted to.

“We trained our staff to recognize that for some of these families, coming to a relaxed concert for the first time, just showing up at the concert was a victory for them. Getting out of the house with a severely autistic child who you can’t take to the grocery store  — the shame and the embarrassment and the challenge that a lot of the parents themselves feel  is overwhelming.

“So, being able to provide a space where the entire families could come and experience this incredible, wonderful music and be entertained and be moved, that reflects back on the musicians. And so I think it’s restorative and really a huge affirmation of why  lot of us got into this business in the first place.”

Loden says the Becks’ donation will also be used to buttress the TSO masterworks programs of Strauss and Beethoven; the all-Tchaikovsky concerts, as well as the orchestra’s live-to -film accompaniment.

Most importantly, Loden hopes that the Becks’ munificence will trigger others to follow a similar path, especially when it comes to estate planning.

“The thing about this gift, is that the Becks wanted to make sure that people knew that they were making an investment in the TSO, but they wanted to do it such a way that it would leverage other gifts,” Loden explains.

“The reason they attached their name to it was that they wanted to lead by example and encourage other people — especially people who might be doing estate planning — to remind them to let organizations and charities know what your estate plans are, to let people know in advance what you’re thinking about, and to develop relationships over a long period of time so that organizations that survive because of charitable contributions,  like the TSO, knowing where its revenue resources can come from  in the future allows us to plan.

“It allows us to mitigate the challenges that arts and cultural organizations tend to have in this day and age.”