International Women’s Day: A Look At Gender Parity Challenges Around The World 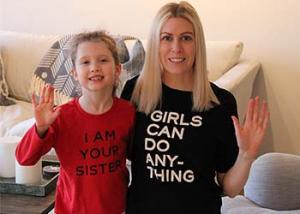 International Women’s Day was first held in 1911 and is held annually on March 8 to celebrate the social, economic, cultural and political achievements of women while also acting as a call to action for accelerating gender parity.

Though no one government, non-governmental organization, charity, corporation, academic institution, women's network or media hub is solely responsible for International Women's Day, it’s acknowledged and supported globally by all of them and more.

While International Women’s Day has grown in the last 110 years and advances in gender parity and equality continue to be made, in some parts of the world more than others, there are still a lot of advancements that need to be made.

The theme for this year’s International Women's Day is “Choose To Challenge.” Below, through information gathered from the United Nations, United Nations Population Fund, UN Women, United Nations Department of Economic and Social Affairs Statistics, and Amnesty International, you’ll find some areas that need to be challenged so women can collectively be in a better place in the future than they’re in today.

Sixty per cent of the world’s poorest people are women because much of the unpaid work within families and communities falls on their shoulders. On an average day, women globally spend about three times as many hours on unpaid domestic and care work as men. That gender gap is even higher in northern Africa and western Asia, with women spending more than seven times as many hours as men on these activities.

Women work longer hours than men in nearly every country. They also earn 23 per cent less than men for doing the same work globally. Poor women may also accept degrading working conditions during times of crisis, just to ensure that their families survive.

Legal restrictions have kept 2.7 billion women from accessing the same choice of jobs as men.

Nearly 60 per cent of women around the world work in the informal economy, where they earn less, save less and are at greater risk of falling into poverty.

Women comprise just 13 per cent of agricultural land holders globally. Available evidence shows that, when women own land, their plots are generally smaller and of lower quality than men’s and their rights to the land are less secure.

Women held only 28 per cent of managerial positions globally in 2019, which was almost the same proportion as in 1995. Only 18 per cent of enterprises surveyed had a female chief executive officer in 2020. Among Fortune 500 corporations, only 37 (7.4 per cent) had female CEOs.

If parents view daughters as less likely to take paid work or earn market wages, they may be less inclined to invest in their education, which is women's fastest route out of poverty. 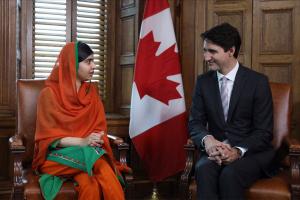 About two-thirds of the world’s illiterate adults are women, and the lack of an education severely restricts a woman’s access to information and opportunities.

In the United States, 10.3 per cent of women have less than a high school diploma. Disparities by wealth, ethnicity and location are also substantial. The rate is much higher among Hispanic women in the poorest quintile, of whom 38.3 per cent didn’t complete high school.

Evidence shows that girls, once they have access to schooling, tend to do better than boys in terms of academic achievement. In tertiary education, women outnumber men, and enrolment is increasing faster for women than for men.

However, women continue to be under-represented in the fields of science, technology, engineering and mathematics, representing only slightly more than 35 per cent of the world’s university graduates in those fields. Women are also a minority in scientific research and development, making up less than one-third of the world’s researchers.

New Zealand became the first country to give women the right to vote on a national level in 1893. Today, women's suffrage is a right under the Convention on the Elimination of All Forms of Discrimination Against Women (1979).

However, despite these developments, there are still many places around the world where it’s very difficult for women to exercise this right.

Women have been effectively cut off from political engagement, including the ongoing peace process, in Syria. Women have been effectively prohibited from voting in Pakistan due to powerful figures in their communities using patriarchal local customs to bar them from going to the polls. Authorities in Afghanistan recently decided to introduce mandatory photo screening at polling stations, making voting problematic in conservative areas where most women cover their faces in public.

Gender equality can’t be achieved without the backing and enforcement of institutions. But many social and legal institutions still don’t guarantee women equality in basic legal and human rights, in access to or control of resources, in employment or earnings, or in social or political participation.

Husbands can legally prevent their wives from working in 18 countries around the world. Daughters and sons don’t have equal inheritance rights in 39 countries.

Laws to address domestic violence aren’t yet universally available, with only 153 countries having such laws. The gaps are largest in western Asia and northern and sub-Saharan Africa.

Men occupy most positions of political and legal authority. While women’s representation in parliaments has more than doubled globally, they still occupy just 24 per cent of parliamentary seats worldwide.

Women’s representation among cabinet ministers has quadrupled over the last 25 years, yet remains well below parity at 22 per cent.

An estimated 137 women are killed by their intimate partner or a family member every day around the world.

Many women who fled from the Boko Haram terrorist organization in Nigeria have been subjected to sexual violence and rape by the Nigerian military.

While female genital mutilation is becoming less common in some countries, at least 200 million girls and women alive today have been subjected to this specific form of violence across Africa and the Middle East, where the practice is most prevalent.

Women in some countries may not be allowed to have their own passports, or they might have to seek permission from a male guardian in order to travel.

A recent successful campaign in Saudi Arabia finally allowed women to drive, a right which had previously been banned for many decades. However, authorities in the country continue to persecute and detain many women simply for peacefully advocating for their rights.

Women are less likely than men to own a mobile phone, and their Internet usage is 5.9 percentage points lower than that of men. In Europe and northern America, where Internet penetration is high for both genders, usage among women (75 per cent) is lower than among men (82 per cent).

COVID-19 exacerbates existing inequalities for women in such areas as health, wealth, security and social protection.

Women play a disproportionate role in responding to the virus, including as frontline healthcare workers and carers at home. Women’s unpaid care work has increased significantly as a result of school closures and the increased needs of older people.

Women are also harder hit by the economic impacts of COVID-19, as they disproportionately work in insecure labour markets and jobs such as paid domestic work, accommodation and food services, and retail.

Emerging data shows that, since the outbreak of the pandemic, violence — and particularly domestic violence — against women and girls has intensified. With lockdown measures in place, many women are trapped at home with their abusers, struggling to access services that are suffering from cuts and restrictions.