How Property Twins Raised Millions for Cancer in Mother’s Memory 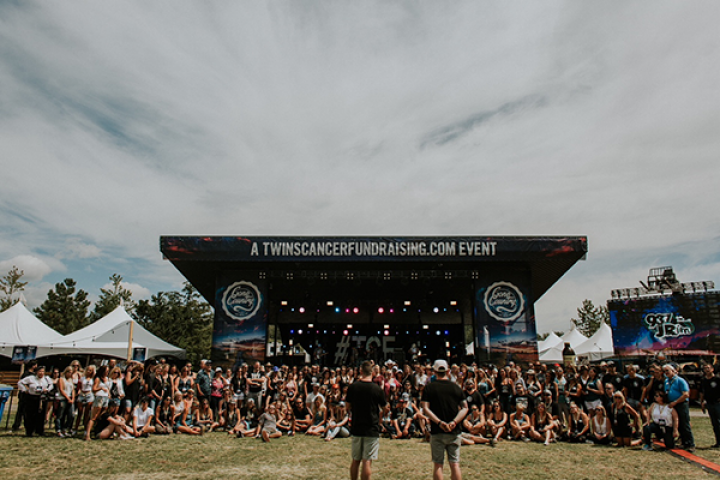 Chris Ruscheinski and his twin brother Jamie were still in high school when the inconceivable occurred: they discovered that their mother Janis had contracted breast cancer.

And as if things couldn’t get worse, her monthly disability cheque she received from the government amounted to $750. Her rent was $700.

“She wasn’t getting enough money to survive.”

Even though the brothers took on additional jobs to help contribute financially, Janice was still barely getting by. So, they decided to raise funds of their own by throwing a party and inviting their friends and raised between $2000 to $3000 to assist their mom.

When Janice succumbed to the disease after three years, the brothers Ruscheinski were 19 and decided to continue the fight against cancer in their mother's memory.

“What happened is that my brother asked me if I wanted to join him on A Walk For the Cure event,” Ruscheinski tells Samaritanmag. “It was a 60 km walk and I was sitting at a pub at the time with a couple of beers and a plate of chicken wings in front of me.

“I started laughing and told him there was no way I could walk 60K, but maybe we could start our own fundraiser.”

The men borrowed their father’s backyard and held a BBQ and raffle, raising $22,000 their first year out.

“We started the backyard BBQs around 2001 as a way of dealing with the loss and turning a negative feeling into something more positive,” Ruscheinski recalls. “We didn’t want families to go through what we went through.”

He recalls collecting all the proceeds in a shoebox and having his dad drive him down to the Canadian Cancer Society.

“It was neat, because my dad wasn’t a very emotional guy,” Ruscheinski recalls. “I remember us driving down to the Canadian Cancer Society – my brother was working so he couldn’t make it – and we had $22,000 in cash in a shoebox.  We walked into the Canadian Cancer Society and this little old lady who volunteered came up to us and said, ‘How much would you like to donate?’ We opened up the shoebox, her eyes lit up, and she said, ‘I’ll go get the rest of our staff.’  After we left, my dad said, ‘I’ve never been so proud of you guys,’ and gave me a big hug. After that, we were hooked.” 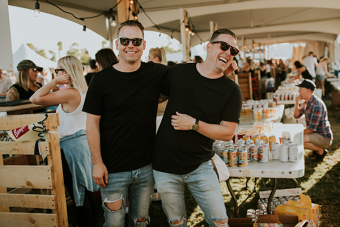 With more than 5500 in attendance for Gone Country 2018, the Ruscheinskis have doubled the attendance of the initial event - held in 2012 and featuring Dallas Smith and Aaron Pritchett – that raised $189,000.

This year’s haul has enabled The Twins Cancer Fund to purchase a fully-equipped customized bus for Canuck Place Children’s Hospice in Abbotsford, a vehicle that was on display at Gone Country before heading to its new home.

“The bus is filled with equipment and supplies that they need to transport children to go on day trips and adventures, along with picking them up to take them to the hospice and dropping them off back home at the end of the day,” notes Ruscheinski.

Some of the money was also designed to the Janice Ruscheinski Raise It For Your Cause program, with the simple premise that ticket sellers – this year, it was 21 – sell advance tickets to Gone Country, then receive a cheque in the sales amount from the Brothers addressed directly to the favoured cause of the vendors, but bestowed in the name of their chosen donor. 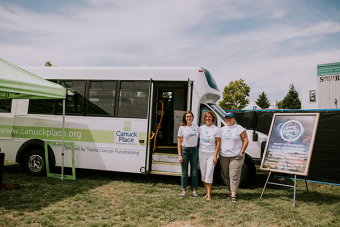 “We try to do something that benefits our charities for years to come,” says Ruscheinski. “But this is a program that we’re extremely proud of because it’s a direct tribute to our Mom. This year, 21 people raised $39, 500 and Jamie and I have decided that we’re doubling their amount.”

Ruscheinski says he and his brother Jamie also take pride in donating “every single penny” to the cancer fight following such expenses as entertainment, security and insurance costs, as well as advance bookings.

“We’ve never taken a penny and we never will. None of our volunteers takes a penny.”

Gone Country isn’t the only event that the Ruscheinskis hold yearly: up until this year they also held a party in the winter called The Long Table, but they are in the midst of a transition with this event.

They’re also holding their family-oriented Rad Santa event – where families can get their picture taken with Santa around Christmas time in exchange for a donation.

Besides the funds they’ve been able to raise towards the battle against cancer, Ruscheinski says the annual events have also been personally rewarding.

“This has allowed us to figure out who our friends are,” he notes. “We have a very loyal group of volunteers and we’ve become a close-knit family, as 35 of our main crew and 220 more volunteers faithfully show up to help out at Gone Country each year.”

There is also a poignant connection with the twins. “Jamie and I both met our wives through cancer fundraising, as well as our closest friends. People trust us with this and it’s made our lives better organically.”

(Support Samaritanmag's original journalism by making a PayPal contribution to info@samaritanmag.com so we can increase the amount of content and writers we hire. Samaritanmag is the anti-tabloid, covering good people trying to change bad things)