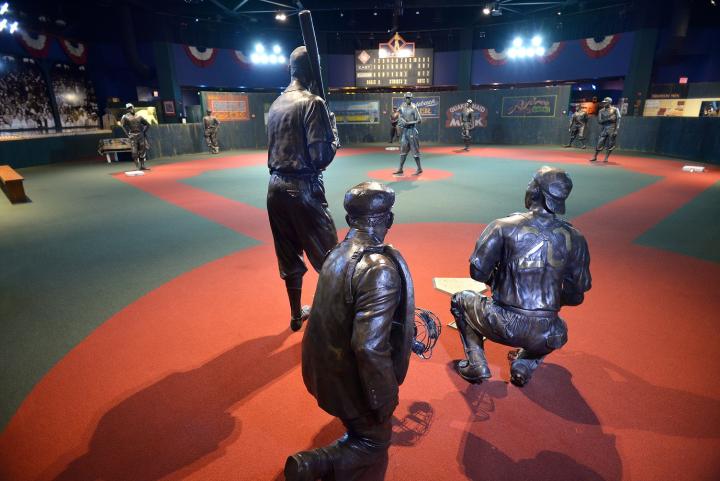 February is Black History Month, which has origins dating back to the establishment of Negro History Week in 1926.

Harvard University-educated African American historian Carter G. Woodson can be credited with launching this event when he proposed setting aside a time devoted to honour the accomplishments of African Americans and heighten awareness of Black history in the United States.

Celebrations of Black history began in Canada shortly thereafter and the House of Commons officially recognized February as Black History Month in the country in December 1995 following a motion introduced by the first Black Canadian woman elected to parliament, Jean Augustine.

A number of Black history museums and educational centres have been created over the years, and they can also be visited the other 11 months of the year.

Here are 25 of them in the United States:

Alexandria Black History Museum’s mission is to foster tolerance and understanding among all cultures and to stimulate appreciation of the diversity of the African American experience. It includes a museum, a reading room and a heritage park.

APEX Museum was founded in 1978 with a mission to interpret and present history from an African American perspective to help people better understand and appreciate the contributions of African Americans to their country and the world.

Birmingham Civil Rights Institute is a cultural and educational research centre that opened in 1992. It offers programs and services while promoting understanding of the significance of civil rights developments in Birmingham.

Black History Museum & Cultural Center of Virginia was founded in 1981 and celebrates the culture, histories and contributions of African American people in Virginia.

Buffalo Soldiers National Museum is dedicated to exploring and displaying the stories and contributions of African Americans in the military by way of performing and visual arts, educational programming and exhibitions.

Great Plains Black History Museum has a mission to preserve, educate and exhibit the contributions and achievements of African Americans, with an emphasis on the Great Plains region, by providing a space to learn, explore and reflect.

International Civil Rights Center & Museum opened in 2010 as a museum of the civil rights movement in the U.S. and an educational organization devoted to understanding and advancing civil and human rights in the U.S. and the world.

The Legacy Museum: From Enslavement to Mass Incarceration and National Memorial for Peace and Justice, Montgomery, Ala.

The Legacy Museum: From Enslavement to Mass Incarceration provides a history of the U.S. with a focus on the legacy of slavery via interactive content, film, images and first-person narratives. Nearby is The National Memorial for Peace and Justice, which opened in 2018 as the nation’s first memorial dedicated to the legacy of enslaved Black people and those terrorized by lynching, humiliated by racial segregation and Jim Crow laws, and burdened with contemporary presumptions of guilt and police violence.

The National Center for Civil and Human Rights, which opened in 2014, is a museum and human rights organization offering immersive exhibitions, events, conversations, engagement and education/training programs.

The National Civil Rights Museum was established in 1991 at the former Lorraine Motel, where civil rights leader Dr. Martin Luther King Jr. was assassinated on April 4, 1968. Through interactive exhibits, historic collections, speakers and special events, the museum shares the culture and lessons from the American civil rights movement and explores how it continues to shape equality and freedom globally.

The National Great Blacks In Wax Museum was established in 1983 and is dedicated to the study and preservation of African American history through the presentation of life-size, life-like wax figures highlighting historical and contemporary personalities of African ancestry.

National Museum of African American Music opened in 2020 and is dedicated to preserving and celebrating the many music genres created, influenced and inspired by African Americans by integrating history and interactive technology.

National Underground Railroad Freedom Center opened in 2004 to pursue inclusive freedom by promoting social justice for all, building on the principles of the Underground Railroad network of secret routes and safe houses used by enslaved African Americans primarily to escape into free states and Canada. It offers permanent and changing exhibits and public programs.

The National Voting Rights Museum and Institute, Selma, Ala.

The National Voting Rights Museum and Institute exhibits materials and artifacts from the voting rights struggle in the U.S. It provides research forums, is involved with community action and makes presentations that impact or support voting rights issues.

Negro Leagues Baseball Museum opened in 1990 and is the world’s only museum dedicated to preserving and celebrating the rich history of African-American baseball and its impact on the social advancement of the U.S.

Northwest African American Museum opened in 2008 with a mission to spread knowledge, understanding and enjoyment of the histories, arts and cultures of people of African descent. It Investigates and celebrates Black experiences in the U.S. through exhibitions, programs and events.

The Studio Museum in Harlem is a nexus for artists of African descent and work that’s been inspired and influenced by Black culture. It’s a site for the exchange of ideas about art and society.

Weeksville Heritage Center is an historic site and cultural centre in Brooklyn that uses education, arts and a social justice lens to preserve, document and inspire engagement with the history of Weeksville, one of the largest free Black communities in pre-Civil War America.

Whitney Plantation opened to the public as a museum in 2014 to educate the public about the history of slavery and its legacies. The former sugarcane plantation is the only museum in Louisiana with an exclusive focus on the history and lives of enslaved people. 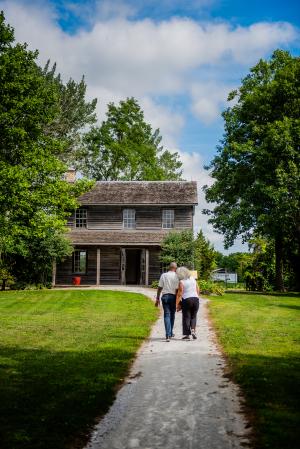 Amherstburg Freedom Museum, founded in 1975, is a community-based, non-profit museum that tells the story of African-Canadians’ history and contributions.

Black Cultural Centre for Nova Scotia was established in 1983 to protect, preserve and promote the history and culture of African Nova Scotians. The centre is a museum and cultural gathering place where the history of Canada’s oldest Black communities can be discovered and explored.

Chatham-Kent Black Historical Society & Black Mecca Museum highlights excellence achieved by Black community members in various disciplines such as arts, medicine, sports and music. It also shines a light on struggles and successes during the fight for civil rights.

John Freeman Walls Historic Site and Underground Railroad Museum showcases artifacts that are reminders of the cruelty of slavery and the creative measures taken to secretly transport and hide people from hunters. The eight-hectare property also has a cemetery and a walkway that recreates the conditions that freedom seekers experienced while fleeing tracker dogs and hunters.

Sheffield Park Black History Museum includes artifacts that reflect pioneer life and times, the social networking of a community and the preservation of past generations.

Uncle Tom’s Cabin Historic Site recognizes the accomplishments of slavery abolitionist Josiah Henson through interpretive videos, interactive exhibits, artifacts and tours that reflect the Black experience in Canada. The two-hectare site consists of the Josiah Henson Interpretive Centre, with its Underground Railroad Freedom Gallery and North Star Theatre, plus three historical buildings, two cemeteries and a sawmill that have been preserved as a legacy.