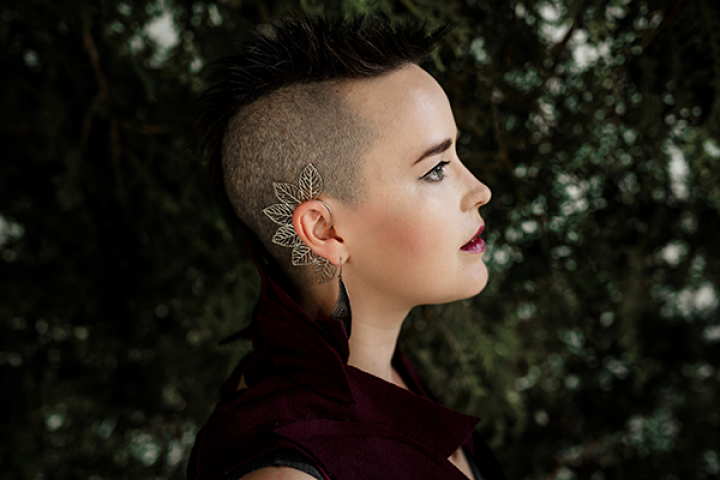 An American Sign Language (ASL) interpreter will join Raine Hamilton String Trio onstage this week for her Saskatchewan tour to cater to what the recent Canadian Folk Awards nominee describes as “a growing demand” from Deaf and Hard of Hearing community members to attend concerts.

“I had met some people in the Deaf community who were really interested in attending more live shows and really wanted there to be better access,” the Winnipeg-based Hamilton tells Samaritanmag.

“That had never occurred to me before. I didn’t know that that need was there.”

Hamilton, who is promoting her latest album Night Sky,  began performing shows incorporating ASL into her performance in 2017 and welcomed the opportunity to include the Deaf and Hard of Hearing communities, of which the Canadian Association of the Deaf includes an estimated combined total of 3.57 million Canadians.

“I couldn’t imagine what my life would be like if I didn’t have access to (music),” she says. “I wanted to do what I could to help increase accessibility, specifically at my shows – and plant the seed that this is a thing we could be doing all the time.”

However, it’s been documented that in order to “hear” music, most Deaf and Hard of Hearing people need to feel the vibration of the drums or of the rhythm in order to begin to comprehend the nature of music. 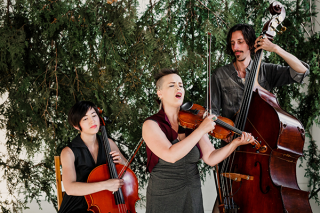 Since Hamilton’s trio is purely a guitar/violin, cello and string bass outfit, how does she compensate for the lack of volume?

“I think that what’s happening is that the sign language interpreters are doing a really beautiful job of sitting with the meaning of the song and the real energy of it, and that’s what they’re expressing,” she says.

“So they’re expressing on a really profound level and the meaning of the song. When they do that simultaneously as we’re playing, a Hearing audience and a Deaf audience are experiencing the same emotional content.  That, I think, is the real power of that experience.”

While Hamilton says she has no gauge to determine just how many Deaf and Hard of Hearing patrons attend her shows, she’s received a positive response for her inclusive efforts.

“The feedback has been very good, very positive,” she insists. “People have told me things like, ‘This is really meaningful – thanks for including us’ or, for a song, the feedback has been, ‘This really spoke to me and I had a really similar experience.’ It’s similar feedback that I would get from a hearing audience.”

Perhaps the most surprising aspects of incorporating ASL interpretation in a concert setting is the lack of rehearsal time needed to master the translation of each song.

“We do a lot of preparation ahead of time,” Hamilton explains. “I have a lot of carefully prepared materials, like the lyrics of the songs, in one column on a piece of paper and in another column, a Cole’s Notes rendering of the meaning behind the song.

“That gives the interpreters more of a context to what I’m meaning when I say that. I also provide recordings of the songs and we talk about it. We haven’t done a lot of rehearsing, actually because the interpreters are very good at adapting to things as they are happening, They really present in the moment.”

Hamilton says she only has to make a slight adjustment on behalf of the interpreter.

“I just need to leave a little bit more of a pause when I speak,” says Hamilton. “Just speaking with a few more pauses allows ASL interpreters to catch up. It doesn’t affect my performance or the live show – it’s just an enhancement.”

Although she has played festivals in the past without an ASL interpreter onstage, she maintains that both Winnipeg music festivals The Rainbow Trout Festival and the Winnipeg Folk Festival have previously used interpreters.

She is hopeful she’ll inspire other performers to add ALS interpreters into their shows. “I want to work towards a more inclusive world,” she says.