Donated Suits For Men in Need Boosts Their Confidence 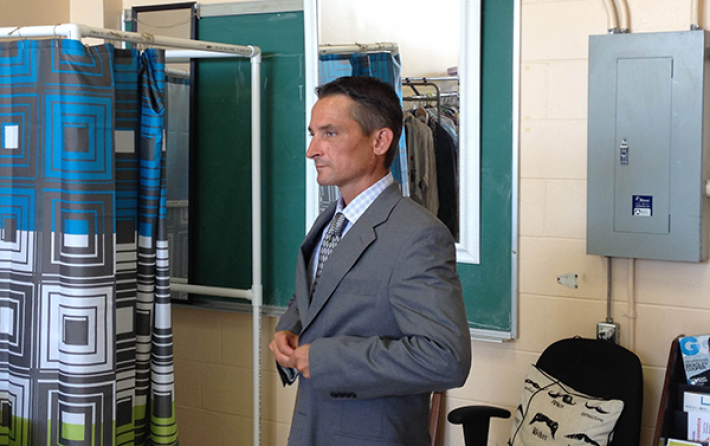 That old chestnut about only getting one chance to make a good first impression is something of a mantra for those behind Suits His Style, an Ottawa, Ont.-based charity helping needy men re-enter the working world (or the post-secondary educational world and even newcomers to Canada) by providing them with free professional attire.

“It’s also about empowerment, which isn’t a word we normally associate with men,” co-founder and chair Scott McNaughton tells Samaritanmag. “We provide for free the suit, dress shoes, ties and that’s the core of what we do.  But we also provide the confidence boost to empower men to be a part of the process. And let’s face it: first impressions happen fast and inform opinions. If men project confidence and look sharp, they’re starting off on the right foot.”

Of course, that other old chestnut about men often being too prideful to ask for help (see asking for driving directions) has been one key challenge to Suits His Style which McNaughton co-founded in 2014 with several like-minded others who recognized a need for a male version of long-standing global women’s clothing charity Dress for Success.

McNaughton had some beautiful work clothes left behind from his father who died of cancer in 2013, but “there was no organization in Ottawa beyond Value Village or the Salvation Army to take them,” he says.

“We reached out to Dress for Success but they only serve women. The next obvious question was, ‘Who helps men?’  On a personal note, I wanted to make sure my father’s items went to people who really needed them as a way of honouring his legacy. We knew from the start that this was going to be a lot of work. But we were all-in.” 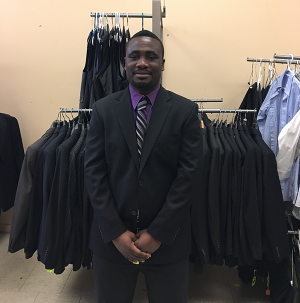 And the successes have been swift and decisive. According to McNaughton, since inception, Suits His Style has seen a doubling of its client load every year. “In our first year from August to December 2014, we helped about 30 or so and we were operating out of a storage locker. Then we found a home of our own at a community centre.

“In 2015, we worked with about 100 people. Then in 2016 we saw 250 people. Overall, we’ve seen about 600 clients. We are 100 percent volunteer board and staff. And we have about 50 partnerships with referral agencies of all stripes that work with unemployed men.

“If men are assessed as job-ready and the only thing holding them back is a professional wardrobe, that’s when they come to us. And 65 percent of people we have seen have gone on to find work, go back to school or start their own business.”

That includes people like Carlos Diaz, who arrived in Canada from Honduras in 2016 with “only the clothes on his back,” McNaughton says. Diaz confirms he had little, but with a referral from the Catholic Centre for Immigrants - Ottawa, Diaz obtained a suit to wear to his Immigration and Refugee Board hearing.

“It’s not that the judge would have taken a different position if I turned up [for the hearing] wearing shorts,” Diaz tells Samaritanmag. “But wearing a suit helped me to give the right impression of who I was and that I was worthy of the help I was asking for.”

That same suit also helped Diaz land his current sales associate job with Rogers Communications. “Scott and Suits His Style really go the extra mile for their customers,” Diaz confirms. “People may wonder why anyway would give a suit to someone without a job, but that presentation gives you more confidence.

“And it shouldn’t be a pride thing. You do what you have to do to survive. Sometimes you need help and you need to take it. It doesn’t mean something is wrong.” 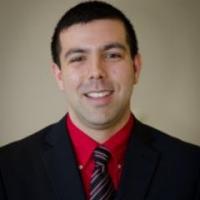 Those are words McNaughton says he and his team of volunteers find themselves repeating often.

“Men feel like they’re not providing for themselves or their families. That may seem like a dated view, but it’s still commonly held,” McNaughton says. “On top of that, men don’t like to ask for help. They’re very prideful. So, when the men are being referred to us, they are unemployed — maybe recently, maybe for a long time — and they feel down, or shy, or embarrassed about getting help.

“We also stress that wearing a suit to an interview, whatever the job, helps a candidate make a good first impression and helps boost confidence. Even men going for jobs in construction are encouraged to wear a suit to an interview. With all else being equal, the fact that a man took then time to dress in a suit could be the difference between getting the job and not getting the job.”

In addition to providing professional attire for the initial job interview, Suits His Style also provides successful candidates with a full week’s worth of clothing suitable to whatever their new workplace’s dress code happens to be so that guys aren’t showing up in the same threads day after day.

“Plus, it can take a month to get paid and men can use their first paycheque not on something as mundane as clothing, but on a celebration of finding work and becoming economically self-sufficient,” McNaughton says. 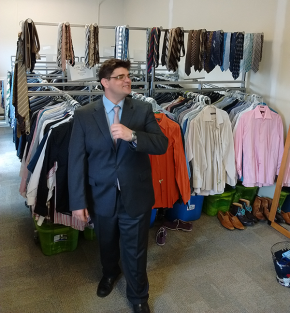 organized by clothiers Moores that likewise collects gently used clothing for redistribution, albeit on a much larger scale.

In addition to helping unemployed men, new Canadians, those going back to school and marginalized men needing attire for a funeral or wedding, Suits His Style also helps youth.

“We work with the Forum for Young Canadians which sponsors teenagers age 15 to 19 from across the country to come to Ottawa to get the civic experience, meet some MPs and get a tour of Parliament, sit in the House of Commons,” McNaughton says.

“That program works with kids from impoverished communities like those in the far north. Kids need a suit to go on Parliament Hill but may not have one. We help get suits to program participants who couldn’t otherwise access them.

“This work we do is very satisfying. Getting a new suit may seem like such a small thing… to an average employed person. To someone else who is maybe down on his luck or made a mistake as a teenager or whatever the case may be, it’s a game-changer. One patch of bad luck is the difference between being a volunteer with Suits His Style or a client. That’s what keeps all of us going.”