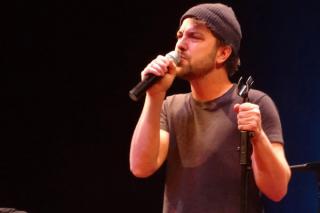 Canadian rock trio Rush's classic 1977 hit song "Closer To The Heart" encourages blacksmiths and artists to "forge their creativity" and for philosophers and ploughmen to "sow a new mentality" that's, appropriately, closer to the heart.

Since 2001 a number of Canadian musicians have been living that message by participating in the Closer To The Heart benefit concert to support the Regent Park School of Music. The event, which ran from 2001 to 2005 before recently being revived in 2014, featured various Canadian musicians performing covers of classic CanCon songs.

The first edition of Closer To The Heart came about as a challenge from the mother of Bourbon Tabernacle Choir guitarist Jeremy Robinson to get his music friends together to do something to help the school. Robinson then enlisted fellow musicians Kurt Swinghammer, Lindy Vopnfjord, Maury Lafoy as well as industry veteran Karen Pace to help build a benefit show.

Samaritanmag spoke to Closer To The Heart's producer Karen Pace about her favourite moments from past editions and what people can expect from this year's show. 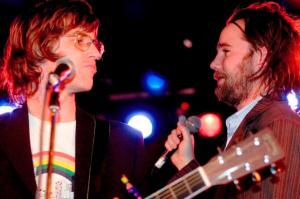 What is the Regent Park School of Music?

The Regent Park School of Music runs after-school music lessons, heavily-subsidized, which means they pay about a dollar or two dollars per music lesson for at-risk kids in underprivileged neighbourhoods in Toronto. It started out in Regent Park for the Regent Park community, but it's been run so well and it's grown so much that they now have after-school music programs in Regent Park, Jane and Finch, Lawrence Heights, Parkdale, at-risk areas all over the city. Right now they have 1,400 students in the program and they want to raise that to 3,000. So the money that people like me can raise privately helps go to subsidize more kids being able to take music lessons.

How do you define an at-risk student?

Usually these neighbourhoods have a very high constitution of new Canadians, low income level, these are people who have come to Canada and are just starting out, just making their lives in Canada from countries all over the world. They start off with nothing when they get here so having music classes affords them with something they're not necessarily getting in schools. Because music programs have been cut, they're the first thing that gets cut from a school budget — music, the arts — these are programs they can't afford teachers for so they just don't have those programs in Toronto schools any more.

Who are some of the big names who've performed at Closer To The Heart over the years?

(Sloan's) Chris Murphy has played it, Emily Haines from Metric, Emm Gryner, Ron Hawkins, Esthero played in 2005 at the Hard Rock Cafe and she was covering a Platinum Blonde song, "Doesn't Really Matter," and someone heard about it before the gig and called (Platinum Blonde's) Mark Holmes and he showed up unannounced and jumped on stage for the second half of the song. She didn't know he was coming up. So it was a surprise. Nobody told her. It was fantastic. 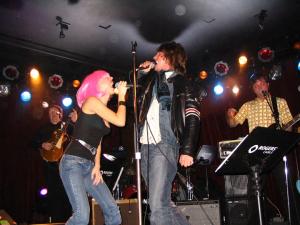 Tyler Stewart, Ed Robertson and Kevin Hearn from the Barenaked Ladies have all played at different times. Tyler has hosted it twice. From Blue Rodeo I've had Glenn Milchem, Michael Boguski, the keyboard player, and Bazil Donovan have all played it;  Jeff Pearce from Moist, who's a bass player and you never hear him sing at his gigs, he went up and did two songs; Jim Bryson from Ottawa came in from it once; Holly Woods from the band Toronto flew in from West Virginia to play two years ago; David Clayton Thomas from Blood Sweat & Tears was my headliner last year. Tara Slone from Joydrop, she's now a host on Rogers Hometown Hockey and on CBC, she played it many, many years ago and is back this year on the bill; Matthew Barber, Sarah Harmer... it's a Canadian who's who.

How much money have you raised over the years?

Where goes the money actually go?

What we have asked for it to be earmarked for is to fund more students to be able to take the lessons. So we ask that the school use the money specifically for more students to be able to come into the school. What that means is the money we raise goes to being able to pay teachers to teach more students. With the Regent Park School of Music, 87 percent of all public money, the donations, go directly to the kids being able to take music lessons. So the money goes to the administrative cost of teachers salaries so they can get the best teachers and the most qualified people at the school. That, to me, is a massive number — 87 percent of our donated funds are going directly to more kids being able to take music lessons.

Do you have some favourite performances over the years?

I would say every single song which has been done in the previous seven years. I have all on DVD. I would love to put them out as a series because they're all fantastic and they're all doing things they don't do at their own shows. A standout for me was Emm Gryner, on piano, did Matt Mays' "Cocaine Cowgirl;" she's the queen of totally making a cover her own. Another one was Justin Rutledge covered Maestro Fresh Wes' "Let Your Backbone Slide." It was amazing. Tara Slone doing Loverboy's "Turn Me Loose;" she's going to do the same thing this year. She's a rock chick extraordinaire that one.

Can you give us any hints about what to expect from this year's edition?

I will say this is the summer of The Tragically Hip. I have three people covering Tragically Hip songs. I'm sure in homage and deference to the kings of Canadian rock. We've got Julian Taylor from Staggered Crossing, he's going to do "Wheat Kings;" I've got Sean Cullen who I've been billing as from The Producers, but I've known him since Corky & 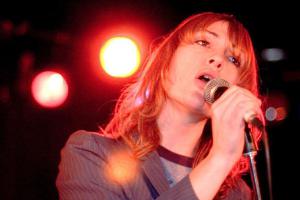 The Juice Pigs. He's doing "My Music At Work." And I've got Justin Nozuka, he's doing "Ahead By A Century." So it's a real tribute to the Hip that night. And I will say as well, the night of our show is the only night off of the Hip's three-night run at the ACC, so I've sent them invitations to their management just in case they felt like going to a live music show on their only night off.

Because I have my foot in two worlds — I've had my foot in the music industry for 25 years, but I also started my career in 1988 as a teacher — I really think that music gives kids a different way of thinking about who they are and what they want to do with their lives. Programs like Regent Park School of Music make kids realize they have more possibilities and more potential. Kids who graduate from the Regent Park School of Music have Royal Conservatory of Music standards and they go on to university and have more opportunities for themselves. I think this one little step being able to fundraise money to be able to get more kids into their music programs, eventually it gives these kids more potential and opportunity in life down the road.