Black History Month: Here's A Sample of Events Across Canada To Honour It 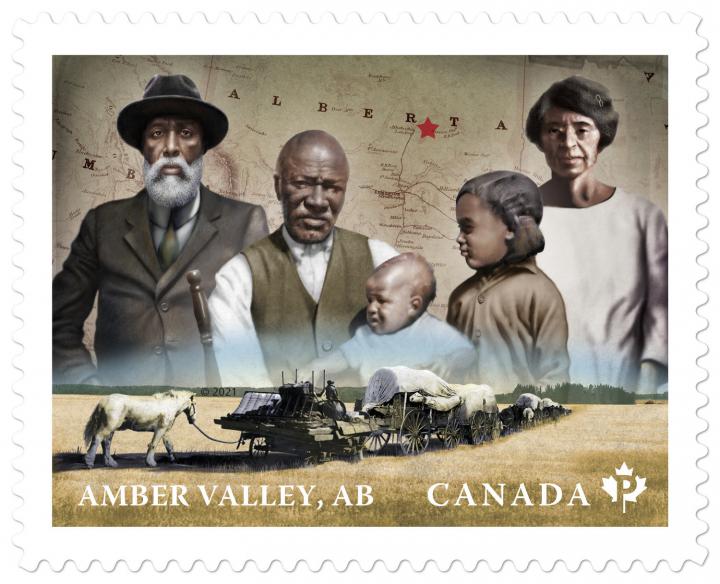 February 2021 marks the 26th anniversary of Black History Month in Canada, and it presents an opportunity to celebrate the achievements and contributions of Black people in Canada and elsewhere.

People of African descent have been a part of shaping Canada’s heritage and identity since the arrival of Mathieu Da Costa, a navigator and interpreter whose presence in Canada dates back to the early 1600s.

The commemoration of Black History Month dates back to 1926, when Harvard University-educated African American historian Carter G. Woodson proposed setting aside a time devoted to honour the accomplishments of African Americans and heighten awareness of Black history in the United States. This led to the establishment of Negro History Week in 1926.

There have been constant struggles for Black people in the country since their arrival. Some of them are being recognized by Canada Post’s 13th issue in its Black History Month series, which honours the Black pioneers who founded Willow Grove, N.B. and Amber Valley, Alta.

Willow Grove was founded by Black refugees in 1817. Most had been enslaved African Americans who were offered freedom and land in exchange for supporting the British in the War of 1812. They were issued licences to live on land that turned out to be of poor farming quality, and they received little assistance. When they tried to support themselves temporarily in nearby Saint John, they were met with racist restrictions. Nevertheless, the residents fought for their rights and formed a thriving community.

The Black settlers who founded Amber Valley around 1910 had journeyed from the American south to escape escalating violence and segregation laws. Seeking a better life for their families, they carved a living from the dense bush and muskeg. They continued to endure ongoing racial discrimination, including government measures that prevented other people of African descent from settling in Canada, but succeeded in building a thriving community.

The Canadian Encyclopedia offers a collection of online resources​ on the history of Canada's Black community.

The “Black History in Canada Education Guide,” a project of Historica Canada, is available as a free download to provide more insights.

While COVID-19 restrictions have cut back publicly held events to mark Black History Month, a range of activities are taking place across the country that can be viewed or participated in virtually.

Though those listed below (from west to east) may not cover all of them, it gives you a good idea of how you can take part in Black History Month this year.

The Yukon African Music Festival will celebrate African descent, history and heritage in Canada on Feb. 18 at 3 p.m. local time with a discussion, live music and a cultural presentation with several guests.

The BC Black History Awareness Society is hosting an online program of five events to recognize and celebrate the achievements and contributions of historical and contemporary people of African descent.

The University of Calgary is holding a Let's Talk series with various authors and scholars throughout February.

Calgary’s MacEwan University is staging a series of online workshops, performances and activities to create a space to reflect on the realities that Black Canadians continue to face regarding racism and discrimination.

The Calgary Public Library has put together a list of books about Black Canadian and American history.

The Multicultural Council of Saskatchewan is involved with a variety of February events and has information on the province’s African Canadian history on its website.

The University of Manitoba Black Alliance is hosting a virtual forum with keynote speaker El Jones — a poet, activist and University of King’s College professor — on Feb. 18 at 10 a.m. local time. It will be followed by a town hall discussion titled “Anti Black Racism: It’s not a trend.”

The University of Toronto’s Anti-Racism and Cultural Diversity Office is hosting a symposium exploring anti-black racism activism in diverse spaces and the role of post-secondary environments in transforming anti-black racism advocacy on Feb. 8 at 10 a.m. local time It will also screen the documentary Ninth Floor — which examines the February 1969 Sir George Williams University sit-in, where a protest against institutional racism snowballed into a 14-day student occupation at the Montreal university — on Feb. 12 at noon.

Montreal’s McGill University will kick off its Black History Month activities on Feb. 1 at 4:30 p.m. local time with an opening ceremony co-organized by the Black Students’ Network of McGill and the McGill African Students' Society. It will feature a keynote address by Dr. Onye Nnorom, a question and answer session, and a performance by West-Can Folk Performing Company.

The Montreal borough of LaSalle and its partners are offering virtual activities to highlight Black communities’ outstanding contribution to Québec society.