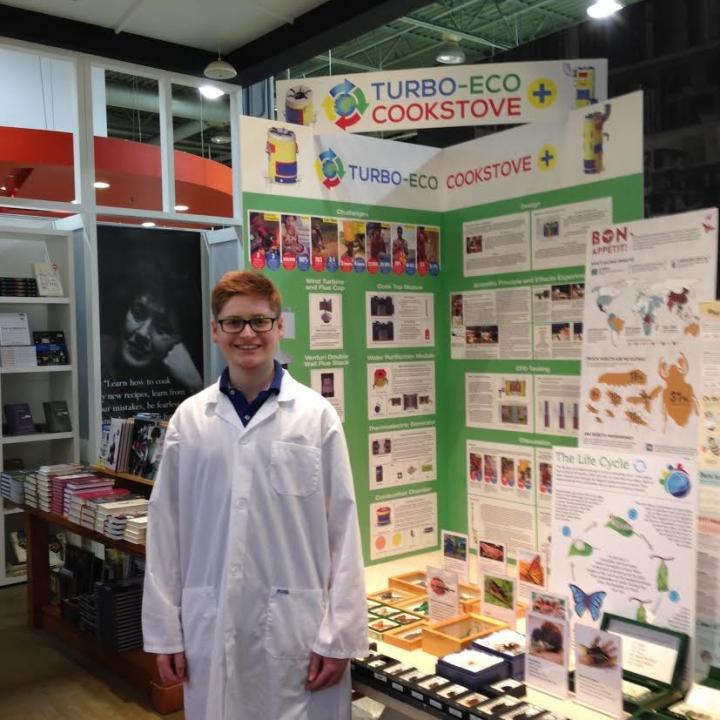 Toronto teen Aidan Aird, an enterprising student at St. Brother Andre Catholic High School and winner of the 2016's Outstanding Youth in Philanthropy Award, invented a couple of tools that could help the impoverished in developing countries. But when he couldn’t get funding for them — he suspects because of his age — he started Developing Innovations, a youth-run not-for-profit to encourage young people to get involved in science, technology, engineering and math (STEM).

"The past two projects that I've worked on have been directed toward helping people in developing nations," the 17-year-old Aird tells Samaritanmag. "There's the Turbo Eco Cookstove Plus, which is a highly efficient modular stove, which I personally designed with a 3D Cap software program called Solidworks.

"I designed it so I can help purify water, have a cleaner burn and generate electricity — all at the same time — and I conducted computational fluid dynamics testing as well as F.E.A. analysis. So it's quite an incredible tool, which I'm hoping to implement some day in these develop countries."

He also invented the Water Wheel Cart Plus in hopes that a large corporation would subsidize the cost for people living in developing nations.

"I didn't set out for any monetary gain, but I designed all the products so that there was a marketing factor so that these companies could get some sort of promotion and in turn help out people in these other countries,” says Aird, who was named 2016's Outstanding Youth in Philanthropy by the Association of Fundraising Professionals (AFP) and is regular gold and silver medal winner at the Canada Wide Science Fair.

Aird was hoping to have prototypes built of both inventions beyond the 3D test models, but has run into a roadblock. "I haven't been able to get the funding to build a single full-sized prototype because of my age," he admits.  “I approached 50 companies and the only one that responded did so because I didn't mention my age. When I finally did, they ended up backing out."

Aird said his quest for funding and a failure to get serious commitment is a similar story through his peer age group.

"I had one friend who found a new way to treat malaria," he explains. "I had another who had this new development in prosthetics. So they're all doing these incredible things at such a young age - and people just don't know that kids really have that potential. It's unbelievable to see what a teenager can come up with without having any boundaries imposed on them by society."

As a result of the snub, Aird started Developing Innovations, "to try and get awareness towards the incredible power of the teenage mind. To date I've featured around 70 young scientists, about 50 percent male and 50 percent female, from all over the globe and their incredible projects: a lot of these kids I've met personally through the science fairs,” he says.

As well as featuring bright young minds, his organization has rallied to support a number of charitable causes ranging from raising money for the Markham Stouffville Hospital Foundation to the CP24 CHUM Christmas Wish. Many causes are listed on his site’s We Care Program page. 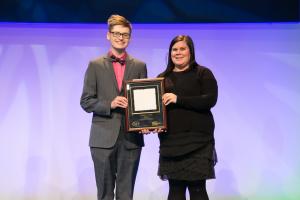 On a couple of cold, chilly nights over the past four years, when most high school kids were at home watching TV or doing their homework, Aird and 30 other students spent a night on the streets of Markham, in suburban Toronto, desperately seeking shelter, food and try to keep warm.

"Being in that setting was surreal," Aird says. "It's something you never expected. And it's hard to imagine that kids go through this, every single day."

He was able to spend the night in a homeless person's shoes thanks to his involvement in the York Region-based 360˚kids, whose mission, according to its website, is "to help isolated and vulnerable children, youth and families in our community, to overcome adversity and crisis and to move to a state of safety, stability and well-being," and its 360˚ Experience, which enables youth to spend a night in Toronto's York Region (which includes Markham, Richmond Hill and Vaughan, stretching up to Lake Simcoe), fending for themselves and enduring what the homeless experience nightly.

For Aird, it was an eye-opener.

"These kids, somehow they still go to school every single day and work their butts off, to be completely honest, to find a place to sleep at night, to get the simple necessities such as food," he says. “So every day we live our life and we almost look past everything that we're given free. We worry about some of the simple things; things that people in developing nations, people, even here — the homeless youth — don't have the opportunity to worry about. We definitely take a lot for granted." 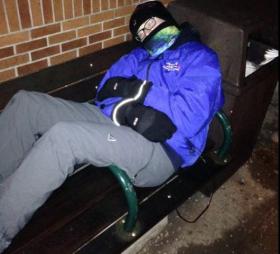 During his adventure, Aird discovered that there were a variety of reasons that youth end up homeless.

"It's very powerful, at the same time, to hear all these different stories from different people and how they were placed in such a position. All in all, it compelled me to help them even more, throughout my experience."

Whenever he has a spot of spare time, he also organizes food drives for local food banks and St. Francis Table (a Parkdale-located ministry) or giving lectures to fellow students. It's a philosophy he's been practicing most of his life.

His parents, Craig and Alana Aird, as well as his grandparents, have consistently instilled the value of philanthropy in him and his sister Keeley.

"Ever since I was very young, they were always getting out into the community, giving the last penny in their pocket to try and help others," Aird says. "So I think it was that atmosphere, seeing my parents do it, that it almost latched onto me, and I try to encompass that with everything that I do."

He's one kid who takes nothing for granted.

"I'm so very fortunate to have such a loving family, to have a roof over my head, to have food to come home to for every meal and so, knowing that, I feel that I'm compelled to give back — that it's almost my duty to do so,” he says.

"With every opportunity that I get, I try to get out into the community and give back. If it's by inspiring kids and teaching them sharing my knowledge in science or if it's through donating food items to the local food bank or St. Francis Table or different organizations such as 360˚kids who help homeless youth in York Region. So no really no matter what it is, I really try to get out because of my parents and my grandparents and what they've done in my past." 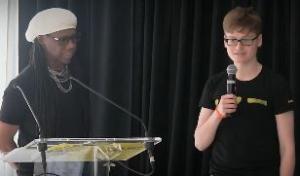 Aird is also closely involved with Three Dot Dash, a global youth initiative of We Are Family Foundation (WAFF) founded by legendary musician/producer Nile Rodgers of Chic fame. It is a social entrepreneur incubator and accelerator aimed to amplify the work of young people making an extraordinary impact, promoting cultural diversity while nurturin and mentoring the vision, talents and ideas of youth who are changing the world for the positive.

It’s easy to understand why the AFP chose him for the Outstanding Youth in Philanthropy Award. Although very deserving of the honour, Aird said it caught him by surprise.

"It was incredible and it was really humbling," he says. "I really was not anticipating it. When I set out to do my work and help out the community, I don't expect anything in return. So it's really special - especially this one from the AFP being such a great and prestigious award."