Global A-Team for Wildlife Recruits Youth To Save Endangered Species

If Ken Jones has his way, that old saw about ‘youth being wasted on the young’ will be made obsolete. The long-time environmental educator is the founder and CEO of the newly launched A-Team for Wildlife, which aims to rally youth across the globe in the grassroots conservation of threatened and endangered species.

That’s putting it simply, though. A-Team for Wildlife — mission: serving youth saving endangered species — hopes to marshal already environmentally active youth into becoming a de facto recruiting agency for the movement by galvanizing their peers to likewise get involved. It also hopes to spark a lifelong environmental zeal in its followers. 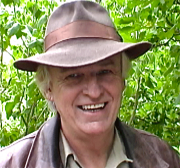 In exchange, the California-based non-profit wildlife education and fundraising organization provides its members with access to networking and educational tools while instilling a spirit of togetherness that helps make the daunting task of protecting everything from primates to amphibians seem more manageable.

“My intent is to enroll every single child on the planet in saving endangered species,” Jones tells Samaritanmag from his office with a chuckle. “We want to create a youth movement.”

A-Team’s work is three-pronged: it supports outside non-profit programs working on preserving endangered species; educates and motivates youth about endangered species; and provides a network of support for those youth who have risen to leadership in conservation.

Jones is spreading the word through those above-mentioned ambassadors and through school assemblies. While the latter are so far confined to California, Jones says templates are being created that will allow schools worldwide to make A-Team conservation presentations, likely beginning in England and South Africa where the organization has roots.

“I truly think our future is in jeopardy and I know that a large proportion of the wildlife on the planet are in danger of going extinct,” Jones says. “That can’t happen without having major repercussions on the human race. I have done nearly 1,000 school assemblies as a wildlife advocate and educator and it’s clear to me is that kids love animals and are highly motivated to help protect and care for them.

“So we have specifically chosen endangered species — which is about 25 percent of all wildlife — as our focus because we know kids are going to want to help out with that. It’s a great way to get youngsters learning about science and biology and conservation.”

Indeed, the intent of the A-Team is not to run its own conservation programs. “Our whole fundraising effort is to support the best organizations that are out there already.” But incentives are a part of the A-Team MO. 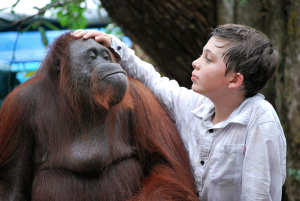 “We hope that kids will be able to win fundraising competitions to win trips to zoos or conservation areas or overseas safaris, so that they can have some really meaningful life-changing experiences.”

At launch last month, Jones had scouted out and signed up 16 ‘International A-Team’ members aged 8 to 18 from five countries — U.S., UK, Canada, Australia and Kenya — who collectively boast a portfolio of conservation achievements including but not limited to authoring books about and illustrating wildlife, public speaking and extensive volunteering and fundraising.

For example, Australian brothers and A-Team members Daniel and William Clarke are primate advocates and champion fundraisers who’ve raised $720,000 for preservation of orangutans in Borneo. They also authored Tears in the Jungle about the plight of these primates.

Some kids Jones discovered through research or recommendation. Others had appeared previously as guests on his conservation podcast, Jungle Deep, which he admits took a bit of a hit during the six months he devoted to getting A-Team from concept to reality.

But Jones stresses that his A-Team members are “our conservation prodigies. We need to take care of them because they are the future,” he says. “So we help them with logistical things like taking care of their websites and Facebook pages, advice on how to access media or create podcasts.

“In trade, we ask them to be youth advisors to our organization and to tell their stories because we think they are great role models.”

Amy Timmerman is a classic example. The 16-year-old from Brantford, ON was already entrenched in volunteer work at Jungle Cat World Wildlife Park in Orono, ON last autumn when Jones reached out to her about becoming an International A-Team member.

“It was an honour to have my work represented in his organization,” she says. Today, in addition to serving as a highly effusive and articulate envoy for the A-Team, Timmerman also functions as a mentor, and uses the organization to buttress the work of her own org, A Better Tomorrow (website pending). 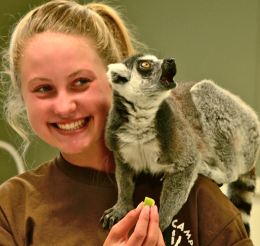 “I get youth signed up for A-Team membership. When we get them set up, we can give them conservation campaigns to work with amongst themselves. All youth can become members. Yearly A-Team membership is $20 which goes towards conserving endangered species [it also confers special access to various areas on the website]. It’s super-positive, super-fun and very important way of getting involved in conservation.

“Society too often tells kids they can’t make a difference,” says Timmerman, who is especially involved in primates and hopes to pursue a career in primatology and primate conservation, possibly even creating a sanctuary for primates used in medical research.

“If you can humanely and safely bring a ring-tailed Lemur to a camp to teach kids about them — which I have done through my work at Jungle Cat World — and tell them there won’t be any left unless we do something, that’s powerful and people become much more engaged.”

Jones admits that A-Team for Wildlife’s existence proves previous generations have failed to halt the environmental degradation imperiling Earth’s most vulnerable. Still, its debut supports another quotable quote, also from Oscar Wilde: ‘I am not young enough to know everything.’

Hubris and unchecked enthusiasm may be exactly what the planet needs to successfully save the animals.

“We’ve had lots of conservation personalities — Jane Goodall, Dian Fossey, Sir David Attenborough, Steve Irwin the Crocodile Hunter and David Suzuki,” Jones says.  “But most of these people are gone and the few that are left are beyond normal retirement years.

“We have done a lot of good work but it hasn’t been enough. We need to do something different. Half the world’s people are young people, so we’re going to them and saying, ‘We tried and failed. You’re the last generation that can save these animals. It’s a huge task and heck, we can’t even wait for you to grow up.’

“My intention is that we grow to be one of the biggest and most consequential conservation organizations in the world,” Jones says. “If we can talk to every child we encounter about the A-Team and what we’re doing, it’s just a matter of time before we achieve that goal.”