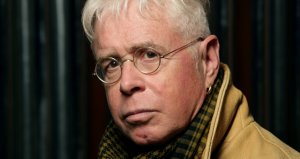 Bruce Cockburn, who has written songs and campaigned about everything from banning landmines to protecting the rain forests, has been named the 2014 recipient of the Allan Slaight Humanitarian Spirit Award “in recognition of his social activism and benevolent support of humanitarian interests and causes.” The award presentation will take place in Toronto, May 7, at the Canadian Music & Broadcast Industry Awards gala during Canadian Music Week.

“It seems to me that if we accept that it’s appropriate to love our neighbour, whether as people of faith or as people just trying to live well, then we all need to do whatever we can to look out for that neighbour’s welfare,” Cockburn said in a press statement. “I’m very honoured to be chosen as the recipient of the Allan Slaight Humanitarian Spirit Award. I hope the existence of the award will help to inspire ever greater numbers of people in the music community to throw their support behind the many ongoing efforts to make this world better.”

Throughout his 40-year music career, Cockburn has supported many organizations, among them Amnesty International, Oxfam, Friends of the Earth, USC Canada and the David Suzuki Foundation. His politically and socially charged lyrics have helped bring attention to various causes and issues; his personal travels to Cambodia, Vietnam, Nepal, Mozambique, Somalia, and Baghdad underscore his commitment to humanitarian and environmental relief.

“My father Allan and I have both respected Bruce Cockburn as an artist and humanist since his early coffeehouse days,” Gary Slaight — whose Slaight Music supports Samaritanmag — said in a statement. “His philanthropy and compassion for charitable issues is commendable and something all of us should strive to emulate – even if on a personal level. Bruce has long been deserving of such an award and recognition, and we are thrilled to see his efforts honoured this year as the recipient of the Allan Slaight humanitarian award.”

Cockburn’s songs, along with his humanitarian work, have brought him a long list of honours, including 13 Juno Awards, an induction into the Canadian Music Hall of Fame, a Governor General’s Performing Arts Award and several international awards. In 1982, he was made a Member of the Order of Canada and was promoted to Officer in 2002.