Paintings, Sculptures, Drawings Up For Auction For War Child 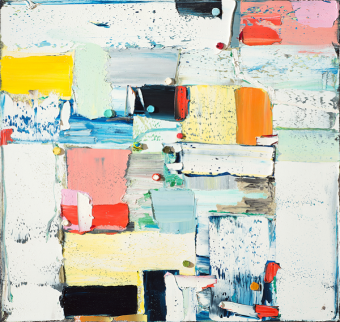 The auction — a partnership between War Child and ArtBarrage that began last year — to raise funds for war-affected children in some of the world’s most devastated regions is now accepting bids online here. Opening bids range from $80 for Nancy Oakes’s Thurs. Oct. 25, 2012 Yonge From St. Mary To Cumberland (2012)” to $2500 for Jacob Whibley’s node (known unknowns), 2012. All the Afghani kids’ drawings open at $250.

Tickets for the live auction are $60 and can be purchased online at www.warchild.ca/freehand or by calling the War Child office at (416) 971-7474.  The auctioneer for the event will be contemporary art specialist Stephen Ranger of Waddingtons Auction House.

“There is a strong connection between art and War Child’s mission to restore normalcy to children’s lives in the fragile aftermath of conflict,” said War Child founder and executive director Dr. Samantha Nutt in a statement. “Art and culture can help children realize that their heritage is not just war. It acts as a thread of continuity to what went before. It goes a long way to creating an environment in which childhood can once again thrive, and the return to violence becomes less and less likely.”

“The FreeHand auction showcases the poignant insights of the contemporary visual art community while supporting the vital War Child programmes that help restore communities decimated by the ravages of war,” said Kelly McCray. “This year, works have been donated by an incredible group of contemporary artists, and have been selected based on excellence in their respective mediums as well as commentary on the War Child vision.”