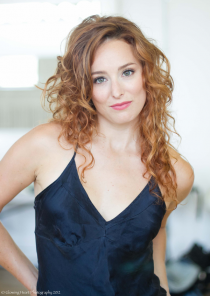 Twelve years ago, actress Carrie-Lynn Neales was at her mother’s side, helping her through a colon cancer diagnosis. She was terrified; a teenager who suddenly had to face the mortality of a parent. But she remembers sitting with her mom, who she describes as “a powerhouse of a woman,” during chemotherapy and the two howling with laughter. “It couldn’t have been lung,” her mom quipped. “It couldn’t have been breast. It had to be colon!”

Neales, star of the hit Canadian comedy Seed, is speaking to Samaritanmag about the reluctance the public has about addressing colon/colorectal cancer. After all, it does involve bringing up such unsavoury body parts as the rectum. If talking about cancer is difficult enough, it seems impossible when parts that, in polite company, we use euphemisms to explain are involved.

But Neales’ mother, cancer free now for 12 years, wasn’t afraid to use humour to overcome her fear. Neales recalls that it made the cancer easier to confront. By lessening the stigma, it opened up dialogue — an approach she embraces in her current partnership with the Canadian Cancer Society for March’s Colon Cancer Awareness Month.

“[The biggest misconception about colon cancer] is that it doesn’t happen, even though it’s the number two killer,” says Neales, citing the Canadian Cancer Society statistic of cancer fatalities nationwide. “It’s 90 percent treatable but people don’t know. It feels rather undignified to talk about colon cancer, in terms of body parts, but it doesn’t have to be if we can make it a little lighter for people.”

A touch of humour pervades the cheekily titled Make Your Bottom Your Top Priority campaign. As part of its digital and social media outreach strategy, with which Neales serves as an ambassador, visitors to the site Stickittocoloncancer.ca can send an e-card encouraging family and friends to get checked for colon cancer every two years. The site also provides information on diagnosis, treatment and prevention.

“There’s a tip sheet with questions you can ask your doctor, or ways you can approach your doctor,” adds Neales. “There’s all kinds of information that anyone might need if they’re thinking about it.”

The campaign also highlights the personal element. The site features a video profiling Kavita Jagasia, a survivor who acknowledges that colon cancer can be a “yucky” subject but it’s one that needs to be addressed to save lives. Neales also shared her experience as the child of a parent fighting the disease in a recent blog post.

“When I was 17 my mother was diagnosed with cancer,” Neales writes. “She was diagnosed with stage 3 colon cancer. Colon Cancer. A cancer no one seemed to talk about. No one wanted to talk about. How undignified. There wasn’t a walk, or a run, or a ribbon for colon cancer awareness. And there certainly wasn’t any way around saying the word ‘colon’ when people asked what kind of cancer my mom had. At 17 I was equal parts embarrassed and scared.”

Some commenters reacted by sharing their stories of how cancer has impacted their lives, and there is a sense, through Jagasia’s testimonial and Neales’ candour, that colon cancer has suffered too long from being a silent disease. As such, Colon Cancer Awareness Month’s importance seems to be as much about encouraging Canadians to get checked as it is to get them talking, and to keep talking.

“Twelve years ago there wasn’t a campaign like this,” says Neales, recalling the chemo appointment with her wise-cracking mom. “No one knew; no one talked about it. So we just had to laugh at how silly and how gross and how untalked about it was. When we did start talking about it we realized there are people very close to us that had fought and won and fought and lost and we had no idea. So it’s cool to get a good laugh every once a while… you need to.” 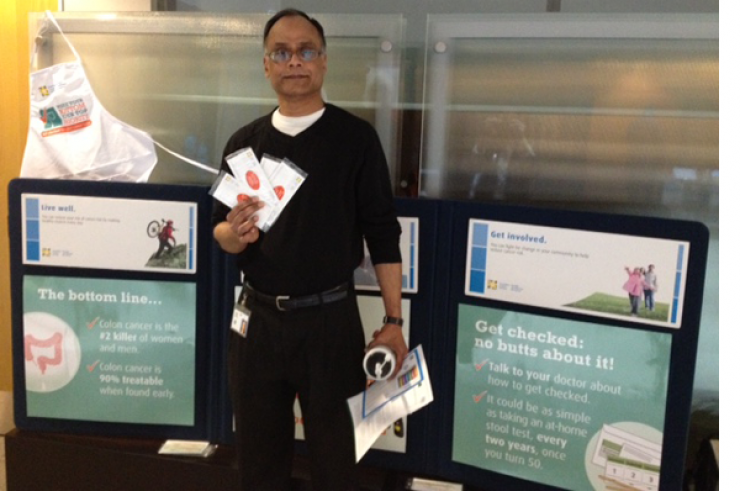